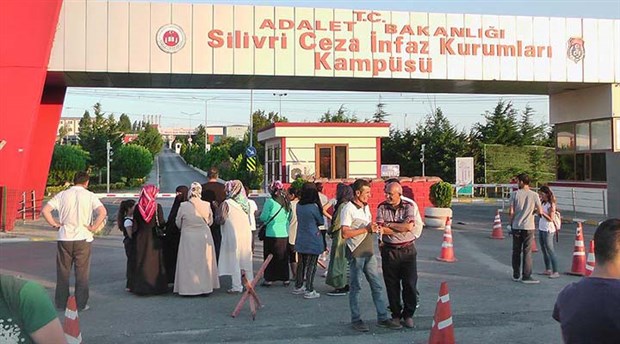 As part of a government decree issued in mid-August that makes the conditional release of some prisoners who have two years or less of their term left to serve, Turkey has released as many as 31,482 prisoners so far, the state-run Anadolu news agency reported on Monday.

The decree, issued in the aftermath of a failed military coup on July 15 that claimed the lives of 242 people and injured a thousand others, was intended to make room in prisons for the thousands of people who have been sent to jail on coup charges.

Officials began parole proceedings for eligible prisoners on Aug. 17. Only those who had committed crimes before July 1, 2016 — two weeks before the coup attempt — will be eligible for parole, Justice Minister Bekir Bozdağ had said.

The move does not apply to those convicted of murder, domestic abuse, rape or terrorism, among other crimes.

President Recep Tayyip Erdoğan has blamed the coup on Turkish-Islamic scholar Fethullah Gülen, who has been living in self-imposed exile in Pennsylvania since 1999, and his alleged followers in the civil service, police and media. Gülen strongly denies any involvement in the coup attempt.

Some 82,000 people have been purged from state bodies, 40,000 detained and 20,000 arrested since the coup attempt. Arrestees included journalists, judges, prosecutors, police and military officers, academics, governors, businessmen and even a comedian.

Turkey’s penal system, which has a capacity of more than 187,000 inmates, was housing more than 213,500 prisoners as of mid-August, according to Anadolu.