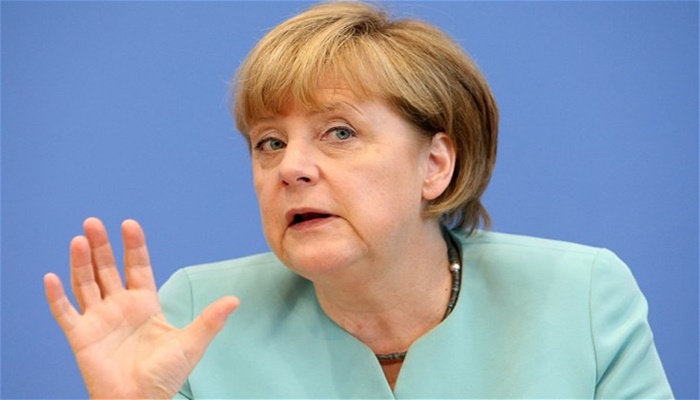 German Chancellor Angela Merkel on Sunday urged people of Turkish origin living in Germany to take part in German society and not to bring conflicts taking place back in Turkey to Germany.

Relations between Berlin and Ankara, a key partner for the European Union in stemming the flow of migrants to Europe, were already tense after Germany’s parliament branded the 1915 massacre of Armenians by Ottoman forces as genocide and a leaked government report that alleged Turkey was a hub for Islamist groups.

Germany is home to about 3 million people of Turkish origin.

“I keep saying that I’m their chancellor, too, and I think it’s important to profess that and it’s good if that is reciprocated by commitment to our country and not by bringing conflicts from Turkey to Germany,” Merkel said in an interview with public broadcaster ARD.

Since a failed military coup in Turkey on July 15, tensions have mounted in Germany’s Turkish community between supporters of Turkish President Tayyip Erdoğan and those of Turkish-Islamic scholar Fethullah Gülen, who is accused by Erdoğan of masterminding a July 15 coup attempt. Gülen strongly denies any involvement in the failed coup.

Erdoğan’s backers have demonstrated in several German cities since the thwarted coup; shops have been boycotted by rival sides and hate mail has been sent to anti-Erdoğan politicians.

Merkel drew criticism for an interview published in the Passauer Neue Presse newspaper last Tuesday in which she said, “We expect those with a Turkish background who have lived in Germany for a long time to develop a high degree of loyalty to our country.”

Some politicians said it was unnecessarily divisive at a time of tense relations between Germany and Turkey.

Asked in the ARD interview about the loyalty comment, Merkel said her main aim was to not allow conflicts in Turkey to play out in Germany.

“But rather, those who have been living here for years and perhaps also have German citizenship, [should] take part in the development of our country, and if they want to they are very welcome to do so,” she said, adding that she could not, however, force them to do so.