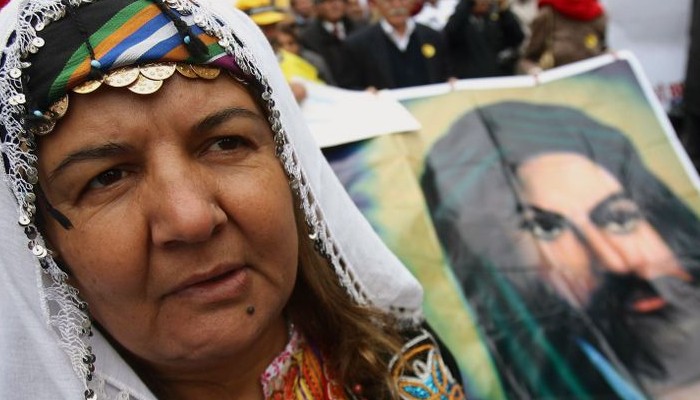 Alevi leaders in Turkey say the current situation of Turkey’s Alevi population is becoming increasingly precarious as the government of President Recep Tayyip Erdoğan has failed to fulfill its promise of granting them more rights to enable free practice of their beliefs and has increasingly imposed its own version of Islam on various segments of society, the Stockholm Center for Freedom reported, citing Deutsche Welle (DW) Turkish service.

According to Ercan Geçmez, president of the Anatolian Cultural Foundation of Hacı Bektaş Veli, despite the extensive discussions aimed at improving the rights of Alevis in 2009, the Turkish government has rolled back its own reform agenda, and the current situation in Turkey is actually worse than the one engendered by the 1982 constitution, which was ratified under military rule and known for its restrictive approach to human rights.

The Turkish government had launched an initiative called the “Alevi opening” in 2009, aimed at achieving a better understanding of the problems of Alevis through a series of workshops and enacting reforms based on that understanding. Yet, the government failed to follow the recommendations in a report based on the outcome of the workshops and only took some symbolic steps. Such promises as officially recognizing Alevi places of worship known as cemevis and changing the law regarding compulsory religious education classes, which predominantly teach Sunni Islam, were not kept.

In fact, according to Geçmez, Alevis have lost many hard-earned rights in recent years, “Alevi religious complex buildings, such as the one in Çorum, have been assigned to the regional Directorate for Foundations, and then to mufti.”

The mufti is the provincial director of the Directorate of Religious Affairs (Diyanet), the Turkish government department that handles the administration of religious affairs in the country. The Diyanet is the representative of mainstream Sunni Islam and does not provide services to Alevis or members of other religions.

Incorporating Shiite, Sufi, Sunni and local traditions, Alevism is a strain of Islam that emerged in the Middle Ages. Alevis are estimated to constitute between a tenth and a fifth of the Turkish population.

In its 2019 International Religious Freedom Report, the US State Department said the government of President Erdoğan continued to treat Alevism as a heterodox Muslim “sect” and not recognize cemevis, despite a ruling by the Supreme Court of Appeals that cemevis are places of worship.

Clerics serving in Sunni mosques are paid by the state, but because the government considers Alevism a heterodox Muslim sect, it refuses to provide any financial support for the clergy serving in cemevis or for Alevi religious buildings.

Geçmez gives the example of an Alevi village in the eastern province of Kars whose residents were told they could only receive basic services if they agreed to the construction of a mosque. “Despite the objections of the villagers, the directorate devised a budget and a mosque was erected in an Alevi village,” Geçmez said. “There are many examples like this.”

According to Geçmez, many cemevis are also pressured in various ways to comply with the government agenda.

Sabahat Akkiraz, a former member of parliament from the Republican People’s Party (CHP), said Alevis in Turkey were never able to enjoy freedom of religion. “We proposed more than 100 bills concerning the recognition of cemevis, but all of them were rejected by the majority,” she said. “Most Alevi youngsters believe they are ignored by the authorities, that they are socially marginalized and that their requests as citizens go unheard.”

Ali Kenanoğlu, a deputy from the pro-Kurdish Peoples’ Democratic Party (HDP), said Alevism is a “forbidden faith” in Turkey. “Turkish political institutions do not accept Alevism as a faith. They see it as a sect of Islam, and that is what they teach in religious education classes,” he said. “Daily life is organized according to Sunni Islamic rules and norms. Alevi communities are expected to follow these norms.”

Kenanoğlu added that these problems have become more pronounced during AKP rule because the Directorate of Religious Affairs was given more powers and a larger budget.

He said although the government appeared to support dialogue with Alevi communities, these were actually efforts to gain more control over them.

Tensions between the Alevi and Sunni communities in Turkey date back to Ottoman times.

During the Republican era, thousands of Alevis were massacred in Dersim in 1937, and hundreds were killed in pogroms, which many now believe were masterminded by groups inside the state, in the cities of Çorum, Yozgat and Kahramanmaraş in the 1970s.

Thirty-four Alevi intellectuals died in a 1992 fire inside the Madımak Hotel in Sivas. In other incidents, such as in İstanbul’s predominantly Alevi Gazi neighborhood in 1995, Alevis were targeted by people armed with automatic weapons.

Cemevis have been frequently vandalized, with curses and other insulting words put on the walls.

Thirty-six publicly known hate crime incidents have targeted Alevis in Turkey within the last eight years, according to Kenanoğlu, with the latest involving death threats to Alevis spray-painted on the walls of an apartment building in the Pendik district of İstanbul in October.