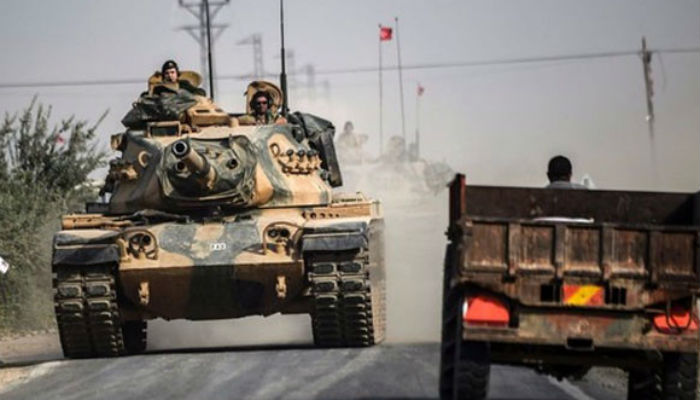 An investigation has been launched into a deputy from the main opposition Republican People’s Party (CHP) for criticizing Turkey’s ruling Justice and Development Party (AKP) for selling a military tank and pallet factory to Qatar, according to Turkish media reports.

CHP deputy Ali Mahir Başarır made the remarks during a program over the weekend on Habertürk TV, saying: “We have reached such a point that the army has for the first time in the history of the republic sold to Qatar. I cannot assess a value for it, but it was sold for $50 million.”

Başarır received widespread criticism from AKP circles, who accused him of insulting the Turkish military by equating it with the tank factory.

Through a presidential decree in December 2018, Turkish President Recep Tayyip Erdoğan transferred the right to operate Turkey’s national tank factory for 25 years to Turkish-Qatari vehicle manufacturer BMC. It was the first time that a military facility of strategic importance had been privatized. BMC is run by Ethem Sancak, a member of the AKP’s executive body, the MKYK.

The Ankara Chief Public Prosecutor’s Office launched the investigation into Başarır on charges of publicly insulting the Turkish government and army.

Başarır’s remarks came after Turkey and Qatar signed 10 new deals on Nov. 26 at a joint meeting held at the presidential palace in Ankara.

The real portrait of Turkey’s economy

Facebook jumps on bandwagon to appoint local representative to Turkey

Purge victim reinstated to teaching job after his death

Turkish Minute - January 18, 2021
Facebook Twitter Youtube
© Designed by Increases
Go to mobile version
We use cookies and similar methods to recognize visitors and remember their preferences. We also use them to measure ad campaign effectiveness, target ads and analyze site traffic. By tapping ‘accept,’ you consent to the use of these methods by us and third parties. Accept