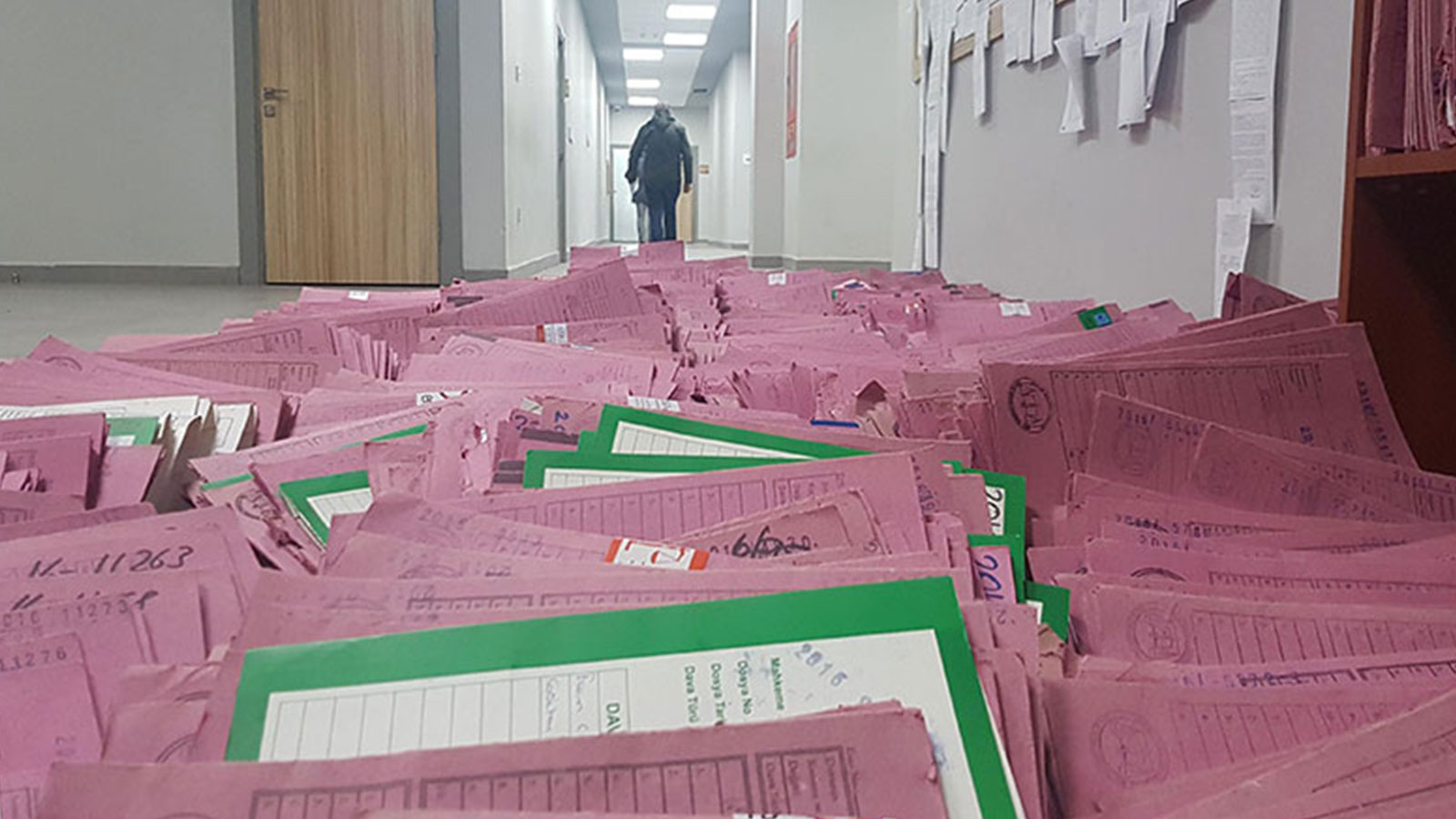 The Justice Ministry will be moving 40 offices and 24 courts from the İstanbul Çağlayan Justice Palace, inaugurated in 2011 as the largest courthouse in Europe, to the newly leased 14 and nine-story buildings, which will be operative in six months.

The Çağlayan courthouse, with an area of over 300,000 square meters (3,200,000 square feet), is unable to provide enough space to ease the backlog caused by nearly 23 million ongoing debt collection and bankruptcy cases.

An announcement by the Justice Ministry published in the Official Gazette on September 19 said the ministry would hire 1,100 “directors and deputies” to execute debt collections after a written examination, a move to ease the heavy caseload, according to observers.

Legal experts say the recent moves are just temporary fixes and that structural problems must be addressed to eliminate the backlog, such as amending the enforcement and bankruptcy law of 1943.

Turkey’s opposition parties accuse the ruling Justice and Development Party (AKP) of poor management of the economy, which has caused businesses to go bankrupt and creditors to resort to courts, unable to collect payments due them.

“The government’s poor management of the economy is the cause of the overwhelming number of cases in the courthouse,” Republican People’s Party (CHP) deputy chairman Muharrem Erkek said in June after releasing a report on the heavy caseload.

Turkey is struggling with a depreciating currency and rising inflation.

The country’s statistics institute announced a 13.2 percent unemployment rate for the third quarter; however, critics argue that the real rate is much higher and accuse the ruling party of tampering with the numbers to hide the toll of the economic crisis.