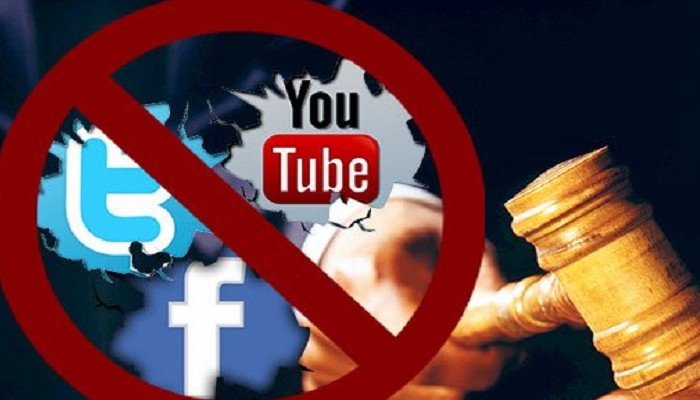 Turkey has imposed fines of TL 10 million ($1.17 million) each on social media giants such as Facebook, Twitter and YouTube for failing to comply with a new social media law seeking to tighten control over social media by requiring companies to name a representative in Turkey.

Social media companies Instagram, Periscope and TikTok have also been levied the same fine for the same reason.

Transport and Infrastructure Deputy Minister Ömer Faruk Sayan announced the fines from his Twitter account on Wednesday, saying that the period given to the companies to appoint local representatives has expired.

The new social media law, which went into effect on Oct. 1, is feared to be used to silence dissent in Turkey, where there are widespread concerns about freedom of expression, as the law requires social media companies to respond within 48 hours to requests to remove content, a broad power that allows authorities to block access to anything they might consider illegal.

Companies that do not abide by the law also risk having their Internet bandwidth slashed by as much as 90 percent, making the platform too slow to use, and Turkish firms could be banned from advertising with them.

The ruling Justice and Development Party (AKP) and its opposition partner, the Nationalist Movement Party, pressed for the new law, arguing that it would end insult and harassment of individuals through the use of social media.

The Financial Times reported last month that Facebook had told Turkish authorities it would not comply with the legislation, which also requires the companies to store data from users on local servers.

Those measures could give the government more leverage against critics in a country that already monitors social media closely and has previously blocked access to websites, including Twitter.

The prosecution of individuals due to their social media messages is an everyday incident in Turkey. Thousands of people stand trial or face legal action on insult charges due to their critical views on social media about President Recep Tayyip Erdoğan and government officials.

Turkey was in the first half of 2019 at the top of the list of countries demanding the removal of content from Twitter, with more than 6,000 requests.

In the meantime, Yaman Akdeniz, a prominent cyber rights expert and academic, said on Twitter that the announcement of fines for the social media companies including Twitter to be made on Twitter was ironic.