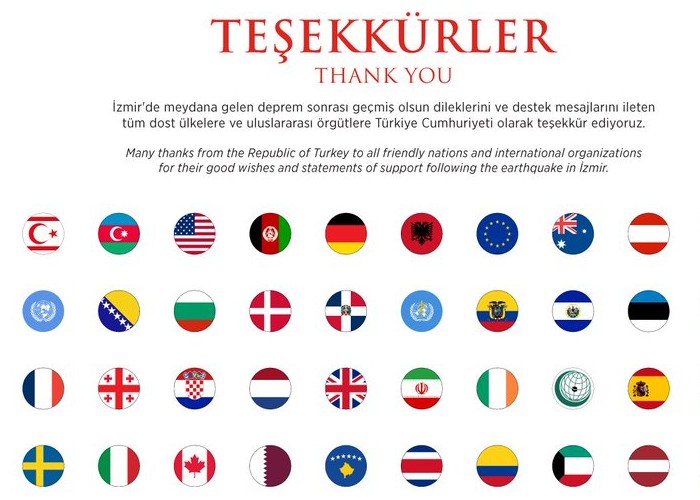 The Taiwanese Foreign Ministry and media outlets have accused Turkish President Recep Tayyip Erdoğan of removing the country’s flag from a “thank you” message he posted on Twitter in the aftermath of a powerful earthquake that hit western Turkey last Friday, due to pressure from China.

However, the tweet was later deleted and was replaced with a new one that did not include the Taiwanese flag.

In a statement on Tuesday Taiwanese Foreign Minister Joseph Wu said the removal of his country’s flag from Erdoğan’s tweet was due to China’s meddling and pressure according to information obtained by their representative office in Turkey.

“We condemn China’s regrettable intervention and repression on a matter of humanitarian assistance that has no political implications,” Wu said.

Taiwanese newspapers such as the Taipei Times also ran stories repeating the same claims as the Taiwanese Foreign Ministry.

China sees Taiwan as part of its territory, does not recognize it as an independent state and suspends relations with countries that do.