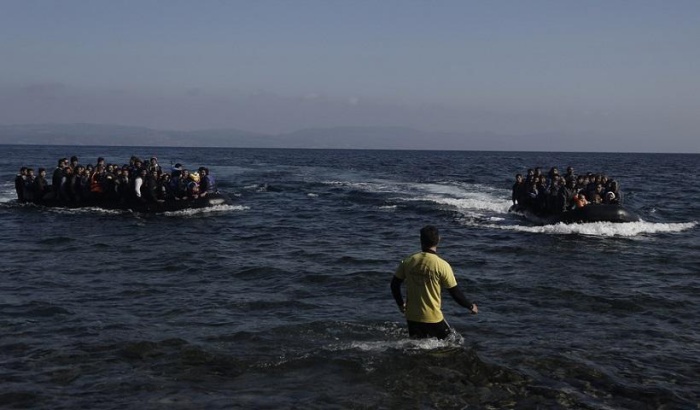 Attacks and sabotage against migrants by unidentified groups in the Aegean Sea have been on the rise, with masked individuals assaulting migrants and deliberately damaging their boats, Deutsche Welle reported on Monday.

The report is based on video footage showing a group of migrants in a boat being approached by another one carrying five masked men who beat them up, disabled their engine and pierced the plastic hull with a knife. DW said it examined the video and established its authenticity.

Prior to the incident, the boat boarded by the attackers was clearly seen communicating with a vessel belonging to the Hellenic Coast Guard.

AlarmPhone, an NGO that communicates migrants’ distress calls to the Greek coast guard, said that such attacks have recently become frequent.

The report said despite considerable suspicion, the scarcity of video footage and photos of such attacks make it difficult to ascertain if Greek security forces were involved in the attacks.

Greek authorities have denied any unlawful practice against migrants, calling the allegations “fake news.” Coast guard officials who spoke to DW said they have been observing “intense” and “organized” migrant waves at a time when the world is experiencing a global pandemic.

When asked about the allegations, Frontex, the European Union’s border protection agency, which works closely with the Greek government in handling the migrant crisis, said the organization remains loyal to standards, reiterating that push-backs would be against international law.