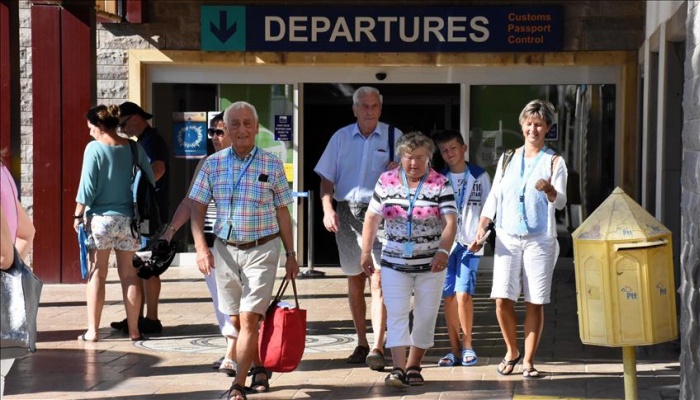 Turkish foreign and tourism ministers will visit Germany on Thursday in an attempt to change Berlin’s decision on maintaining travel restrictions on Turkey for its citizens, the pro-government Daily Sabah reported, citing diplomatic sources.

During the meeting the Turkish side is expected to present the government’s new “healthy tourism program” that requires the implementation of strict health and hygiene measures at touristic facilities, including hotels, airports, museums and restaurants.

Germany in mid-July announced a travel warning in place until Aug. 31 for more than 160 countries outside the European Union. The German government, along with 130 other countries, also classified Turkey as a coronavirus risk area.

Turkish authorities have described the decision as “disappointing” and have called on Berlin to change its stance. Çavuşoğlu said there was no “scientific reason” behind the travel warning for Turkey.

Turkey is the third most popular holiday destination for Germans after Spain and Italy, having last year hosted more than 5 million visitors from Germany, an 11.4 percent year-on-year increase, according to government data.