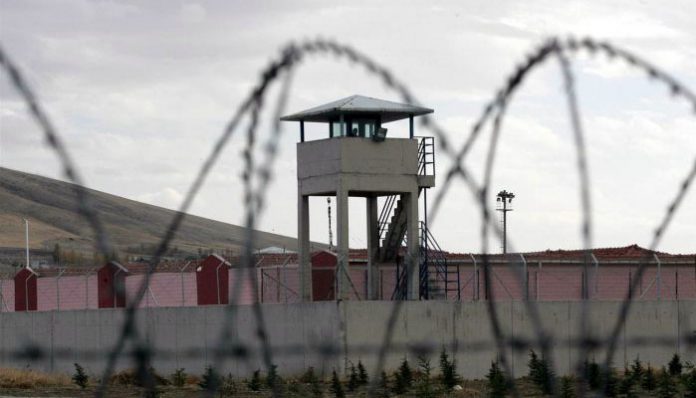 A total of 37 NGOs from Turkey, Europe and around the world released a joint statement on Friday calling on Turkish authorities to reduce pretrial detention and consider the use of alternatives as a measure against a potential spread of the novel coronavirus behind bars.

The NGOs highlighted World Health Organization warnings that transmission of the disease in prisons or other places of detention is likely to have an amplifying effect on the outbreak, swiftly multiplying the number of people affected.

Last week, the Turkish government passed a law allowing the early release of up to 90,000 prisoners out of its prison population of some 300,000 people.

The law was criticized for categorically excluding political prisoners, some of whom are in particular risk groups due to their age or preexisting conditions as well as for not addressing pretrial detentions at all.

“It is disappointing, as has been expressed in a number of appeals by human rights organisations, that the measures under this law do not extend more widely and indiscriminately to all persons deprived of liberty with particular risk of the COVID-19 infection because of their age or pre-existing illnesses or conditions,” the NGOs said.

“As this law only affects persons already convicted, we want to draw attention for one further category of persons behind bars: the thousands who are being held in pre-trial detention. … According to information obtained from the Ministry of Justice, approximately 43% of the prison population are in pre-trial detention, so reducing the number of pre-trial detainees can make a significant contribution to alleviating the risk of outbreaks.”

The statement urged prosecutors and judges to apply judicial control measures instead of pretrial detention and called on the Board of Judges and Prosecutors (HSK) to issue clear guidance to courts to that end.