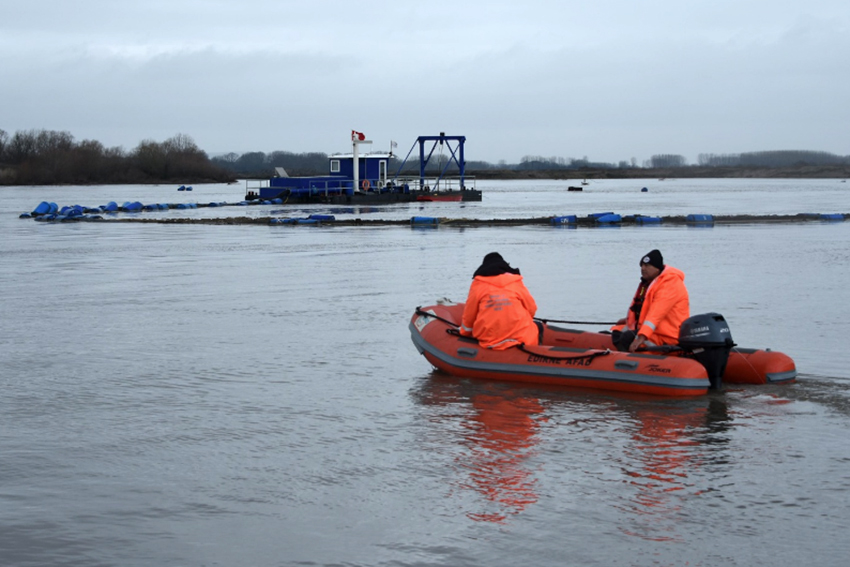 US warns Turkey against disrupting anti-jihadist mission in Syria

The bodies of a pregnant woman, around 35 years of age, and a young girl, around 10, were found in different spots on the Evros River, in Turkey’s northwestern Edirne province, the Kronos news website reported on Monday.

Residents of Eski village first discovered the body of the little girl and immediately notified local law enforcement, which could not find any identity card near the body.

The other body surfaced on a small island in the river, near the village of Gemici.

Their remains were sent to İstanbul for forensic examination and determination of their identity.

According to a Greek newspaper, 30 Turkish citizens a day have been fleeing to Greece since the announcement of snap elections in Turkey on June 24.

The New York-based Journalists and Writers Foundation (JWF) released a report in May showing that in the third quarter of 2016, European Union member states recorded a more than threefold (228 percent) increase in first-time applicants from Turkey for international protection compared with the same quarter of 2015.

The German Bild daily reported in February 2018 that according to local authorities, more than 1,300 people are estimated to have drowned in the Evros River while attempting to flee to Greece.