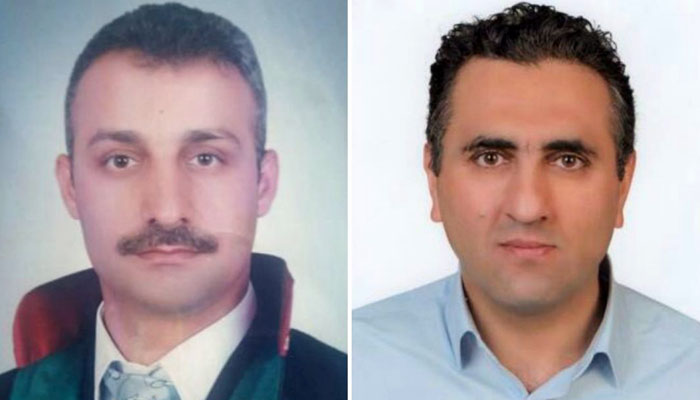 Fatih Kılıç, a teacher who was dismissed from his job under post-coup emergency rule, and lawyer Mustafa Özben have been missing for days, joining the ranks of seven others who disappeared under suspicious circumstances in the aftermath of a July 15, 2016 coup attempt.

Their families, both living in Ankara, separately announced on social media that they hadn’t recently heard from Kilic or Özben.

“My husband is a victim of a post-coup government decree. He has been unemployed for seven months. We have no source of income. We depend on assistance from our families. I was together with my husband and four children on May 14. We had a lovely Sunday. Then we prepared for our trip. He took us to ASTI [Ankara bus terminal] in the evening. I was going to visit my grandparents along with my kids. He was to join us after a while. He left us, waving goodbye at around 22.50. It has been five days since we heard from him. Now, life is going sour for us,” Fatih’s wife Nihal Kılıç wrote in a series of tweets on Friday.

She said Fatih has not been located at any police station so far, adding that the last CCTV footage he appeared in shows him getting into a vehicle bound for Ankara’s Kizilay district.

Meanwhile, Mustafa’s wife Emine Özben sought help in a video of herself, her 5-month-old baby and her mother, posted by a Twitter account under the name of the Özben Family.

“I am a housewife. My husband is a registered lawyer. He is a legal expert and an educator at the same time. My husband has not been home since he took our daughter to school on Tuesday, May 9. The following day I went to the police, gendarmerie and many other places, but I came away with nothing. We have three daughters, aged 5 months, 4 years and 10 years. Every day they ask me where their dad is. I cannot give them an answer. Please help us in the name of humanity,” Emine said before bursting into tears.

“I am concerned for his life,” she added.

Number of disappeared rises to 9

At least nine cases of alleged abduction including that of Fatih and Mustafa have been reported so far.

Previously, two teachers, a university employee, two intelligence agency officials, an Information and Communication Technologies Authority (BTİK) employee and a Competition Authority employee have been reported while one of the teachers was handed over by unidentified men to police after spending 42 days out of sight.

Those not seen for quite some time all have in common in their personal histories that they have lost their jobs amid a sweeping crackdown that the Turkish government has conducted against its critics, particularly members of the Gülen movement.

The Turkish government pinned the blame for the July 15 bloodshed on the Gülen movement and has been trying to vilify the group, which it calls an “armed terrorist organization.” The movement rejects the accusations, defining itself as a social movement with activities in education, business and charity.

Below is basic information for those who disappeared under suspicious circumstances in the aftermath of the July 15 coup attempt.

Cengiz Usta, a 44-year-old teacher in Izmir province who was dismissed from his job by a state of emergency decree, has been missing since April 4, joining two below-mentioned education professionals who are claimed to have been abducted the same week.

Usta was a teacher at Cumhuriyet Primary School in Izmir’s Torbali district until he was dismissed by government decree on Sept. 1, 2016.

“My brother left his daughter at home and went out to pay the elevator maintenance fee. He has not come back home yet. A witness claims that my brother was forced into a car by two men on Abdulkadir Street. This was recorded in police records as well,” the teacher’s elder brother, Selim Usta, told local media.

A 41-year-old philosophy teacher, Önder Asan, mysteriously disappeared in Ankara’s Şentepe neighborhood on April 1, according to his wife Fatma Asan.

The Aktif Haber online news website said Önder used to work as a philosophy teacher at a secondary school that the government shut down over its links to the movement after July 15.

Fatma later said she found her husband’s car parked near Şentepe with its tires slashed. Fatma also said police and the prosecutor in charge are so reluctant to investigate the case that not even a single CCTV camera in Şentepe was examined for possible recordings of her husband.

Asan was handed over to the Ankara Police Department’s Bureau of Organized Crime on May 12 by the individuals who allegedly abducted and tortured him.

Turgut Çapan, a former employee of Turgut Özal University, which was shut down by the government over its ties to the Gülen movement, was abducted on March 31, according to his wife Ülkü Çapan, who runs a popular Twitter account to speak up.

Ülkü also released a video clip in which she explained the story in detail. She said a friend of her husband dropped by her home on April 1 to say that Turgut had been abducted.

Turgut was the head of the Culture, Sport and Art Affairs Department at the university until it was shut down by the government, according to Mahmut Özpınar, a former academic at the now-closed Turgut Özal University.

Mesut Geçer worked at the National Intelligence Organization (MIT) until he was dismissed as part of the government’s post-coup crackdown.

His car was stopped and he was reportedly abducted in the Çakırlar quarter in Ankara’s Yenimahalle district, in late March of this year.

According to Aktif Haber, his family members have been having difficulty even in submitting petitions to ask about Geçer’s whereabouts as offıcials often refuse to cooperate with them.

Hüseyin Kötüce, a BTİK employee, was reportedly abducted at the parking lot of the Batıkent subway station in Ankara after he got off work in February of this year.

Family members found his coat and a cake he had bought in Kötüce’s car, parked in the parking lot.

Despite successive requests, family members have so far failed to get police to carry out a fingerprint examination on the car, while no CCTV footage was released.

Mustafa Özgür Gültekin, a Competition Authority employee, was followed by at least four cars to a convenience store in Ankara’s Beştepe neighborhood at 18:15 on Dec. 21, 2016.

Immediately after Gültekin left the store, he was surrounded by a group of men who later forced him into a Volkswagen Transporter van with tinted windows.

Family members have so far managed to obtain nearby CCTV footage in which Gültekin was seen while being forced into the car.

Having started work at MIT in 2005, Oran was dismissed over his alleged ties to the movement on Aug. 2 of last year.

He was last seen leaving the compound he was living in at 12:38 on Nov. 1. The signal on his cell was active only before 16:00 the same day. While he had no money in his pocket, he did not even bid farewell to his wife before he went out, Sözcü columnist Saygı Öztürk said.

Oran worked in Turkey’s Şırnak and Diyarbakır provinces as well as in Greece.

Meanwhile, the left-wing Turkish newspaper Evrensel reported on Jan. 10 that Zeynep Tunçel, a reader and distributor, was abducted and beaten by a group of unidentified people who accused her of resisting the government.

Also, an Ankara man named Sunay Elmas is reported to have been abducted, but this particular case took place on Jan. 27, 2016. Aktif Haber said Elmas had also been forced into a Volkswagen Transporter with tinted windows. His family has not heard from Elmas for 450 days.

In early March Turkish mafia boss Sedat Peker threatened to use the Turkish diaspora in Europe to destabilize host countries and suggested taht the Turkish government seek the assassination of the prime ministers and presidents of European countries that defy Erdogan.

Meanwhile, two Turkish Cabinet ministers were reported to have requested help last year from retired Lt. Gen. Mike Flynn to carry out the rendition of Fethullah Gülen from the US to Turkey. (Turkey Purge)