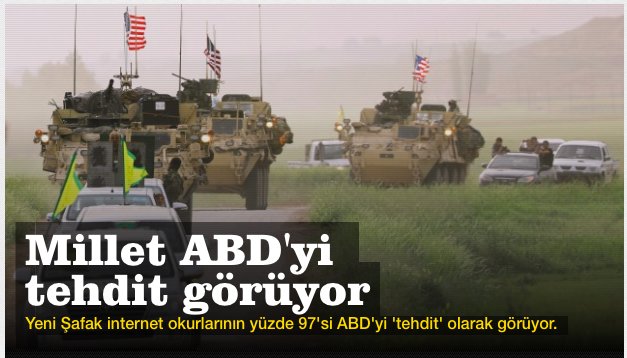 The daily said a recent US decision to provide arms to the Syrian Kurdish People’s Protection Units (YPG) has shattered its prestige in Turkey. The development has strained ties between the US and Turkey because Turkey views the YPG as an extension of the outlawed Kurdistan Workers’ Party (PKK), which has been waging a bloody war in Turkey’s Southeast since 1984.

Yeni Şafak said a total of 38,000 people took its online survey, which was in its fourth day on Monday, and that 96.9 percent of participants said they see the US as an enemy because it provides arms to Syrian Kurdish groups despite Turkey’s objections.