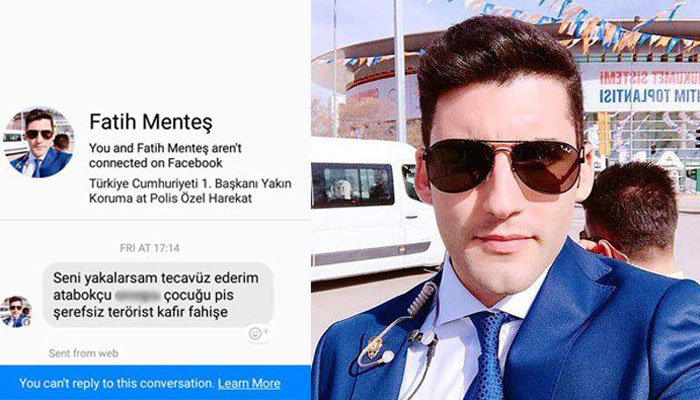 Fatih Menteş, a police security guard of President Recep Tayyip Erdoğan, has threatened to rape a woman, calling her a “son of a *itch, infidel, prostitute” on social media.

“If I catch you, I will rape you,” Menteş allegedly wrote to Filiz Coogan, another Facebook user, on his private Facebook account, adding an insulting reference to Atatürk: “Atashitist, son of a *itch, dirty honorless, terrorist, infidel, prostitute.”

Coogan attached a screen shot of Menteş’s message, saying she was targeted due to her messages critical of Erdoğan.