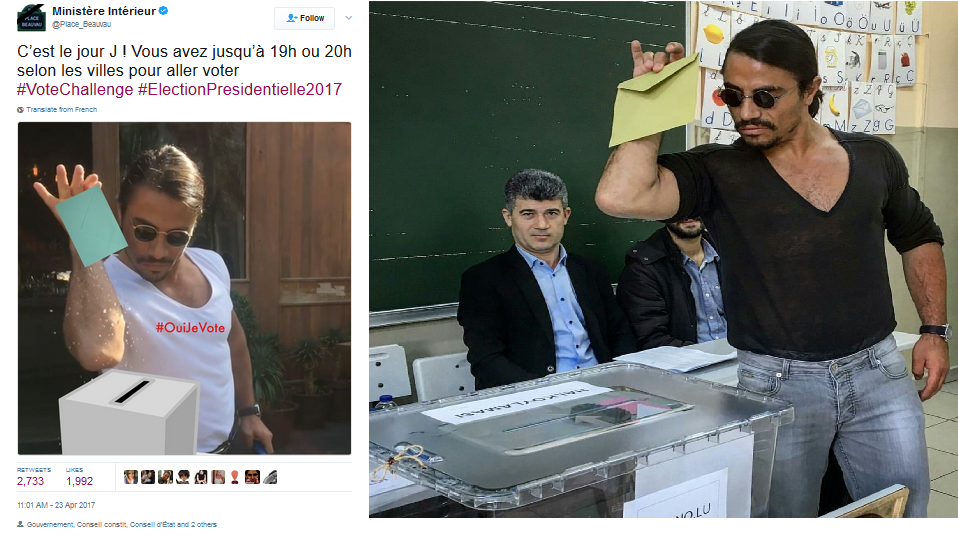 The French Interior Ministry on Sunday called on people to vote in the first round of the presidential elections by using a photo of flamboyant Turkish butcher and co-restaurant owner Nusret, aka SaltBae.

“It’s D-Day! You have until 7 or 8 pm, depending on the city, to go to vote,” said the French Interior Ministry on its official Twitter account, attaching a photo of Nusret voting with his signature steak-salting move.

The tweet attracted much attention and shares in a short period of time.

French citizens voted in an uncertain race for the presidency on Sunday. The two candidates garnering the most votes out of 11 running will compete in a second round on May 7.