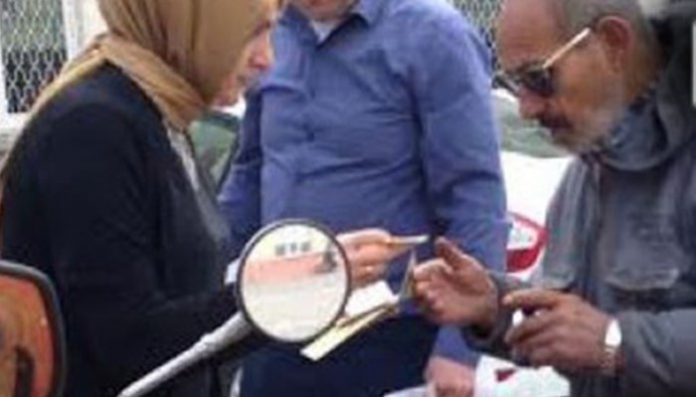 Citizens of Turkey are casting their votes on Sunday in a historic referendum that will switch the country to executive presidency amid reports of alleged voter fraud across the country.

A video that went viral on social media shows a person casting multiple “yes” votes at a school in Şanlıurfa province. The ballots appear to be authentic as envelopes with official stamps are seen next to the ballots.

In another social media post, supporters of Recep Tayyip Erdoğan are seen handing out empty ballots outside polling stations. No explanation has yet been made regarding the nature of the incident.

Despite bans against sharing photos of ballots, Erdoğan supporters have taken pictures of their “yes” votes and shared them on social media.

Upon a complaint, a police officer’s vote was ruled invalid in İstanbul’s Sarıyer district.

However, no action has been taken against Şamil Tayyar, a Justice and Development Party (AKP) deputy and a staunch Erdoğan supporter, who shared a photo of his ballot on Twitter.

A number of civil servants have been under pressure to prove that they voted “yes” in order to avoid being caught up in an ongoing government purge.