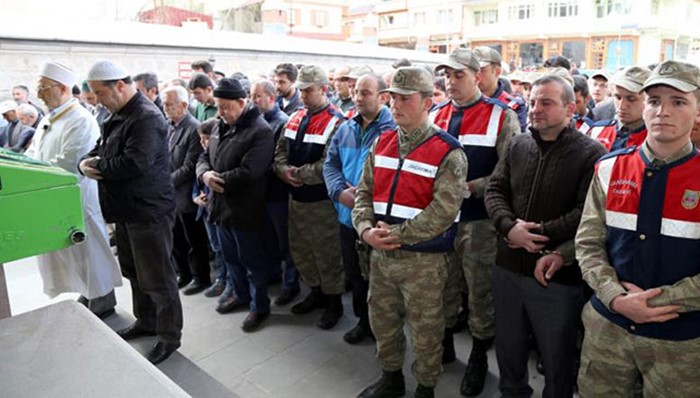 The jailed children of 74-year-old businessman Recep Erdem, who died from a heart attack while in prison as part of an investigation into the faith-based Gülen movement, were forced to attend their father’s funeral in handcuffs.

According to local media outlets, Erdem suffered a heart attack in prison in early April and was taken to an Erzurum regional hospital for treatment. While the man failed to respond to treatment on April 6, his children, İsmail and İbrahim, attended the funeral in the company of gendarmes.

The children were only allowed to pray in handcuffs.

The three were earlier jailed as part of a government crackdown on the Gülen movement, accused of being behind a July 15 coup attempt. Ismail was one of the partners of a prominent grocery store chain in Erzurum, TEMA, until the government seized it. He was put under pre-trial detention in August of last year.

Erdem was also among leading old-school business owners, according to the media.