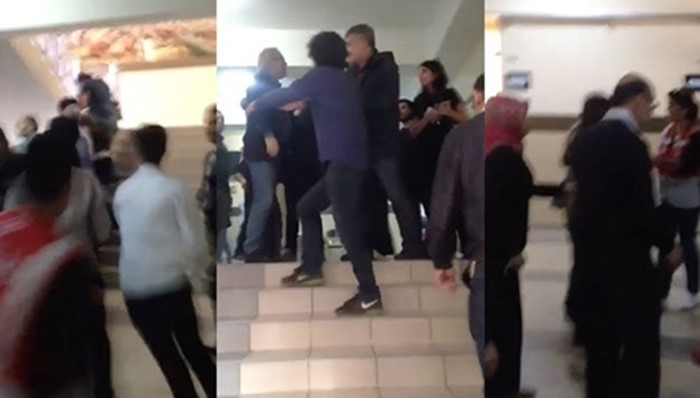 Columnist Ali Bayramoğlu, a long-time supporter of President Recep Tayyip Erdoğan who recently turned into a critic, was attacked by Erdoğan supporters at a polling station in İstanbul on Sunday while casting a “no” vote in a referendum on constitutional amendments to change Turkey’s system of governance.

Bayramoğlu, who wrote for the pro-government Yeni Şafak daily for years, had announced that he would vote against a constitutional referendum that will bring an executive presidency to Turkey.

Speaking to the Turkey representative of Reporters without Borders (RSF), Erol Önderoğlu, after the attack, Bayramoğlu said he was punched by Erdoğan supporters.

The attack took place at a school used at a polling station in the Gayrettepe neighborhood of İstanbul.