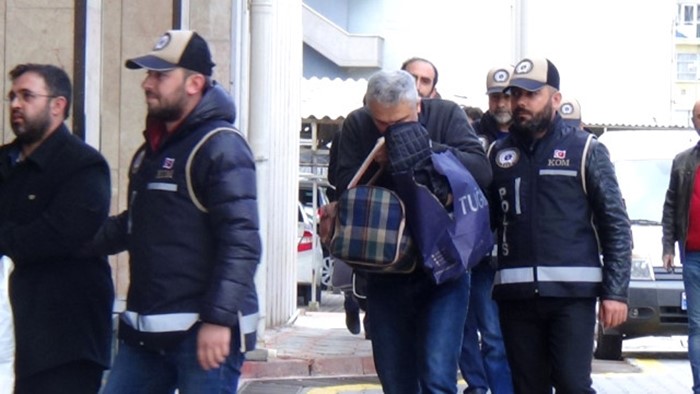 A.A. and T.D., two teachers who were earlier dismissed from their posts as part of a post-coup crackdown on the faith-based Gülen movement, were taken into custody on Sunday at a school in Malatya where they stopped to cast their votes in a referendum on a switch to an executive presidency.

Malatya police detained A.A. and T.D. over links to the Gülen movement, which the government accuses of masterminding a July 15 coup attempt. The movement strongly denies the accusation.

Meanwhile, E.O. a former partner of a private school that was closed down by the government after July 15 over similar charges was also taken into custody in Trabzon’s Arsin district.

Police also detained F.G. in Malatya due to alleged ties to the outlawed Kurdistan Workers’ Party (PKK) near the polling place.