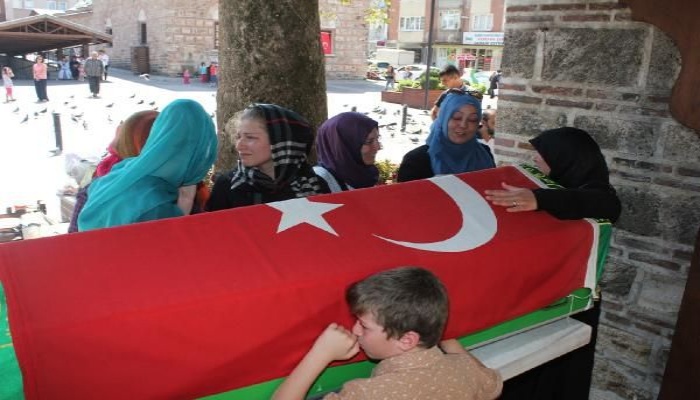 A deputy from the main opposition Republican People’s Party (CHP) said in a parliamentary session on Saturday that he and the family of a graft prosecutor who was found dead in prison believe the prosecutor was murdered.

CHP deputy Engin Altay said he and the family of prosecutor Seyfettin Yiğit do not believe he committed suicide in prison as officials claimed after the incident.

Yiğit was arrested on charges of alleged links to the Gülen movement, a claim that was denied by the family.

Speaking during a funeral service for her father in Bursa on Sept. 18, Ayça Yiğit told reporters that her father was for his entire life an opponent of the Gülen movement and that she didn’t think he committed suicide in prison.

“We met with him on the occasion of the Eid al-Adha holiday. He was fine. He said he wrote some letters to us sent on various dates. They were not suicide letters. He even wrote [a letter] to President [Recep Tayyip Erdoğan]. We have not yet received them,” she said.

Altay told lawmakers in Parliament that Yiğit might have been murdered, calling on authorities to launch an independent investigation to shed light on the incident.

The prosecutor was involved in a major corruption investigation that implicated President Erdoğan’s family and his inner circle three years ago.