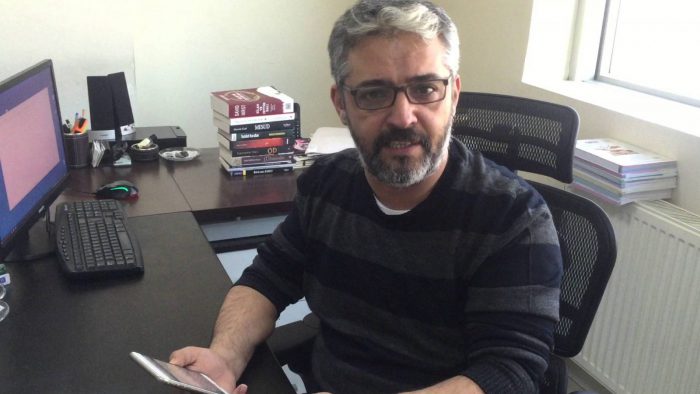 As Turkey is locked in debates over the nature of political regime amid fears of creeping Islamization of the state and society in recent years, especially since a botched coup attempt on July 15, editor of an Islamist newspaper threatened seculars, saying that secularism is a threat to the religion.

Erem Senturk, editor-in-chief of pro-government Dirilis Postasi, sparked a fresh debate in social media after targeting seculars over their opposition to growing Islamization in Turkey.

“An open warning to those who dictate ‘we need to remain secular after July 15’. Those days are gone. You would pay big price. Be secular at home,” Senturk said in a tweet.

“Seculars push you to make concessions for sake of compromise. They hang anybody who are not like them. They are minority everywhere and they are autocratics,” he tweeted on Twitter. In a series of tweets, he elaborated his views on secularism, portrayed it as incompatible with religion.

His threatening tone comes amid revived debates in Turkey about the role of religion in politics. A putschist faction within the Turkish military rebelled against government of President Recep Tayyip Erdogan on July 15, but eventually failed after failing to secure backing of the majority of the army, facing stiff resistance from police and ordinary people who flocked to streets after call from Erdogan.

That Friday night, the government, along with social media, also mobilized mosques, appealed to religious motives to call on people to fill streets and major squares to confront putschists.

After pushing back the coup attempt, the government then organized mass rallies dubbed as ‘democracy watch’ every night in major cities to defend democracy. The increasing use of religious slogans and themes at those rallies have been source of a new friction between different segments of society, fueling debates about the direction of Turkey.

Senturk portrayed secularism as a “tribal sect”, “a hedonist barbarism” and “enemy of Muslims.”