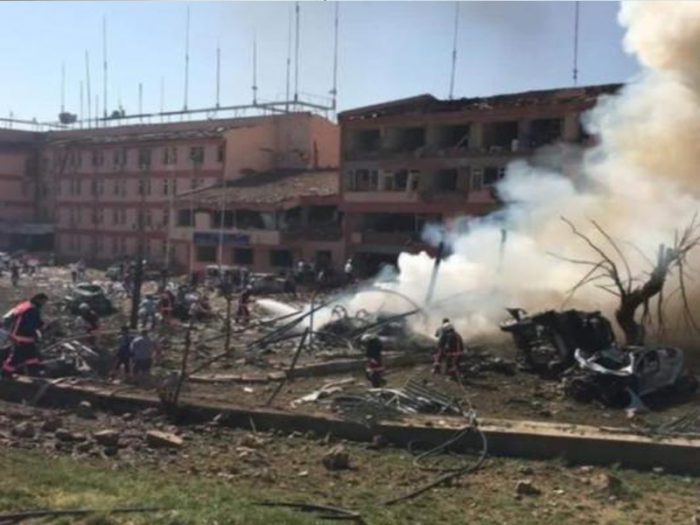 A string of bombings, blamed on Kurdish rebels and targeting Turkey’s security forces, killed at least 11 people and wounded 226 others, officials said Thursday.

Two of the attacks were car bombings that hit police stations in eastern Turkey, while a third — a roadside blast — targeted a military vehicle carrying soldiers in the southeast of the country.

The first car bombing hit a police station in the eastern province of Van late Wednesday, killing a police officer and two civilians. At least 73 other people — 53 civilians and 20 police officers — were wounded, officials said.

Hours later, another car bombing hit police headquarters in the eastern Turkish city of Elazig early Thursday, killing at least three police office officers and wounding 146 other people, officials said. At least 14 of them were in serious condition.

In the southeastern province of Bitlis meanwhile, four soldiers were killed after the rebels detonated a roadside improvised explosive device as an armored military vehicle was passing by, officials said. Seven other soldiers were wounded in the attack. A government-paid village guard, helping the security forces battle the PKK was also killed in a clash with the rebels in the province.