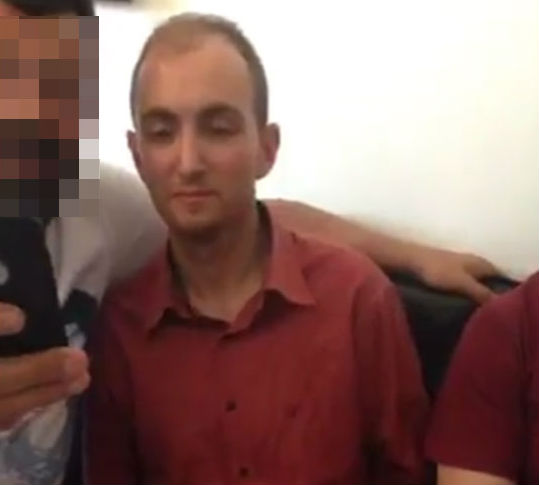 A footage showing a police officer taking a selfie with Atalay Filiz, the recently arrested murder suspect, hit the social media on Monday shortly after the capture of the latter.

In the footage, the officer congratulates Filiz for having escaped law enforcement for three years.  The suspect accepts the officer’s request, saying “Let’s do it, brother.”

The officer was reported to be working for the Ankara Police Department. Among the police teams which took part in the operation on Filiz in İzmir were policemen from Ankara and İstanbul Police Departments.

Filiz has been in Turkey’s top agenda in the recent weeks after emerging as the suspect of three unsolved murders. He was detained earlier in the day.

Filiz is accused of the May 27 murder of history teacher Fatma Kayıkçı in İstanbul, 2013 killing of Göktuğ Demirarslan, the son of an army general, and his Russian girlfriend Elena Radchikova in Ankara. He had been in hiding since the death of Kayıkçı, which later revealed his connections to the 2013’s killing of Demirarsland and Radchikova. Filiz’s former girlfriend Olga Seregina, a Russian national, has gone missing several years ago. During his interrogation, the suspect denied any connection with the loss of Seregina. Filiz did not comment on the other murders.

Since May 27, Filiz have spent nights in hotels, as well as in fields, parks and beaches. He reportedly survived eating frogs and various herbs, which he knew were not poisonous, based on his biology knowledge and military camps he had attended.