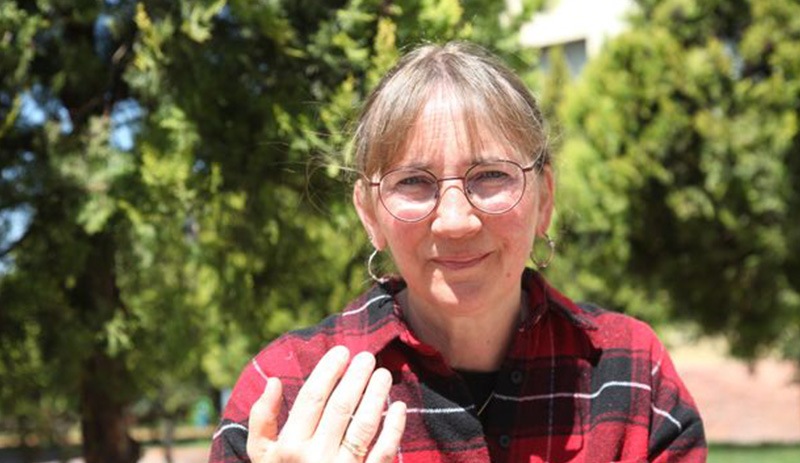 Susanna Geske, the widow of German national Tillman Geske, one of three missionaries who were murdered at a publishing house in Malatya province in 2007, told the HalkTV news website that she has been expecting to become a Turkish citizen since 2012 and called on authorities to finalize her application.

Three missionaries — Geske and two Turks, Necati Aydın and Uğur Yüksel — were tied up and tortured before their throats were slashed at the Zirve Publishing House, a Christian publisher in Malatya, on April 18, 2007.

The murders at the time fueled fear among Turkey’s small Christian minorities and raised concern over rising nationalism and hostility toward non-Muslims in Turkey, a predominantly Muslim country seeking EU membership.

Reminding that she and her children filed the applications on April 18, 2012, Geske said, “We received an exceptional invitation [to become citizens]. They said, ‘Do you want to be Turkish?’ and we applied. We applied 10 years ago. There has been no decision since that day.”

Suzanna Geske, pointing to President Recep Tayyip Erdoğan’s remarks in Germany on Nov. 3, 2011, during his term as prime minister, in which he said “Turks have become German citizens in Germany, let Germans become Turkish citizens in Turkey,” said her family had believed those words. “After that we said, ‘OK, we’re here, please make us Turkish’.”

Geske stated that she is a permanent resident but is not allowed to work.

“Because I’m a foreigner, I experience many things. Something comes up every day. I go through these things only because I am not a Turkish citizen. We want this restricted life to end,” she was quoted as saying.