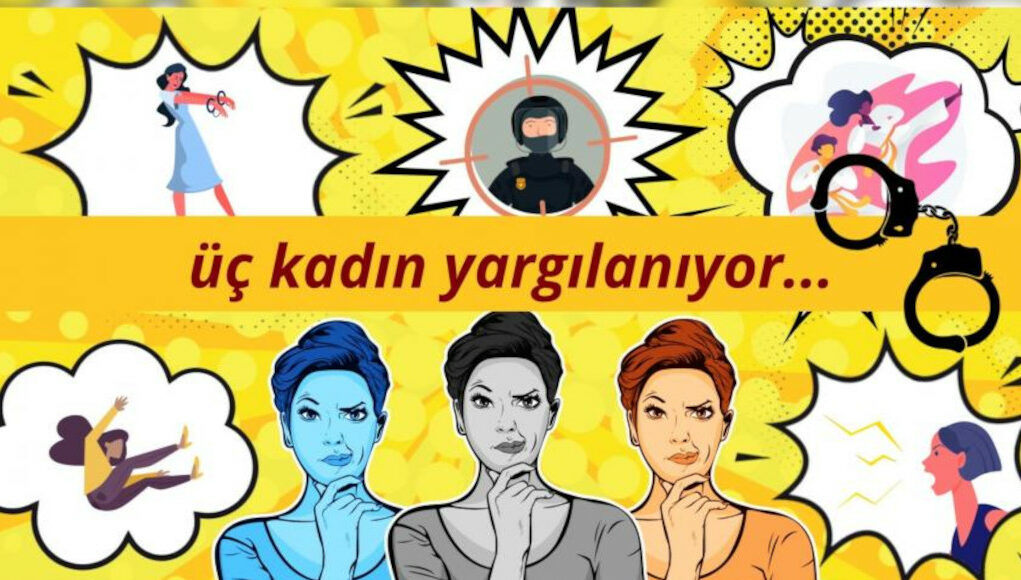 In a recently released YouTube video, the Human Rights Foundation of Turkey (TİHV) revealed that three of their female activists had been mistreated by police during a demonstration in western Izmir province, the Stockholm Center for Freedom reported.

According to the TİHV the three women — Emine Akbaba, İrem Çelikbaş and Aytül Uçar — were monitoring police mistreatment of students during protests at Boğaziçi University on February 3, 2021, when they were beaten and detained along with 48 others people.

The Boğaziçi University protests were a prolonged series of demonstrations that took place at the university after Turkish President Recep Tayyip Erdoğan appointed Melih Bulu, a loyalist, as rector of the university in early January 2021.

The women were accused of insulting President Erdoğan, and their first hearing will take place on April 13.

Insulting the president is a crime in Turkey, according to the controversial Article 299 of the Turkish Penal Code (TCK). Whoever insults the president can face up to four years prison, a sentence that can be increased if the crime was committed through the mass media.

Uçar was also accused of participating in an illegal protest and resisting the police. Her first hearing on those charges will take place on April 15.

TİHV activists said the accusations were baseless and aimed at criminalizing their human rights work. “We know that every time the police are accused of mistreatment, they accuse the victims of resisting them. This is a sort of harassment because activists are left to deal with court proceedings while the authorities do not follow up on mistreatment allegations,” said Uçar’s lawyer, Nehir Bilece.

Uçar said she was detained when she warned the police not to fire tear gas too close to the protestors. “Of course, the mistreatment continued after we were detained and put in the police car,” said Uçar.

Coşkun Üsterci, from the TİHV, said mistreatment was worryingly common in Turkey. “It is often the detainees’ word against the police,” he said. “And most of the time the police have the power to forge documents and reports to make it seem there was no mistreatment in detention. Moreover, the police are protected by the judiciary, which grants them impunity.”

According to recent data from the TİHV, Turkish police employed unlawful tactics including mistreatment and beating while detaining 13,935 people between 2018 and 2021.

In an earlier statement the TİHV said restricting or suspending the freedoms of assembly and demonstration was a way to narrow the scope of democratic citizenship and to gradually destroy democracy in Turkey.