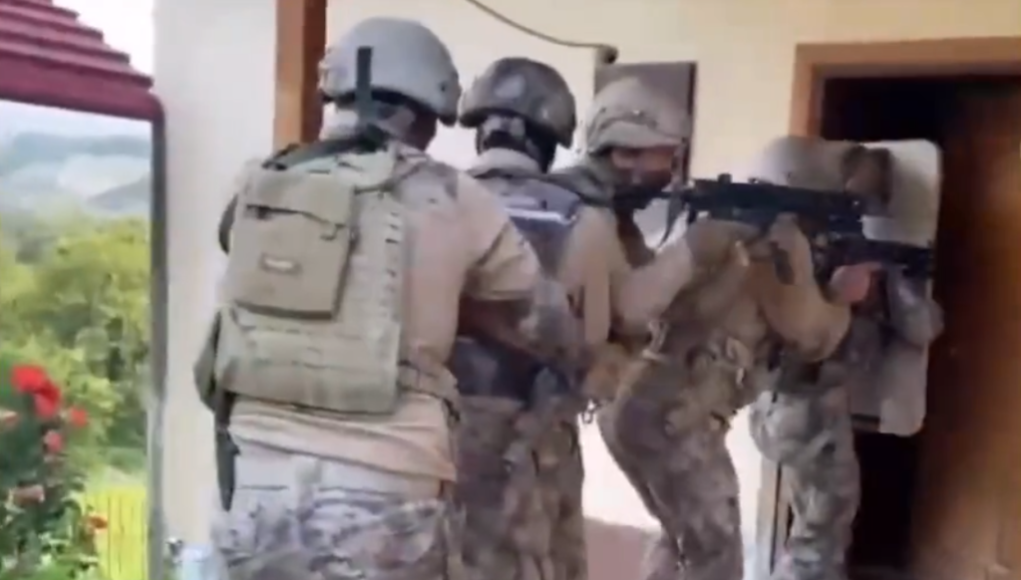 Police on Friday raided the houses of 12 people accused of aiding the families of suspects who were arrested due to alleged links to the Gülen movement, Bold Medya reported on Friday.

In an investigation launched by the Mersin Chief Public Prosecutor’s Office, arrest warrants were issued for 12 people in three provinces who allegedly provided financial support to the families of people who were jailed on charges of membership in a terrorist organization due to their links to the Gülen movement.

Armed special operations officers from the Mersin Police Department raided the houses of suspects early in the morning, sparking outrage on social media.

Raids were also carried out in İstanbul and Balıkesir to apprehend the suspects, reportedly including one US citizen.

In two investigations launched by the Ankara Chief Public Prosecutor’s Office, arrest warrants were issued for 22 people in five provinces, according to Bold Medya.

The other investigation focused on 10 former or current members of the Land Forces Command, for whom arrest warrants were issued.

Turkish President Recep Tayyip Erdoğan has been targeting followers of the Gülen movement, inspired by Muslim cleric Fethullah Gülen, since the corruption investigations of Dec. 17-25, 2013, which implicated then-prime minister Erdoğan, his family members and his inner circle.

Turkish judicial authorities have been using daily activities involving the exercise and enjoyment of fundamental rights as evidence of terrorist activity.

Following the abortive putsch, the Turkish government declared a state of emergency and carried out a massive purge of state institutions under the pretext of an anti-coup fight. More than 130,000 public servants, including 4,156 judges and prosecutors, as well as 29,444 members of the armed forces were summarily removed from their jobs for alleged membership in or relationships with “terrorist organizations” by emergency decree-laws subject to neither judicial nor parliamentary scrutiny.