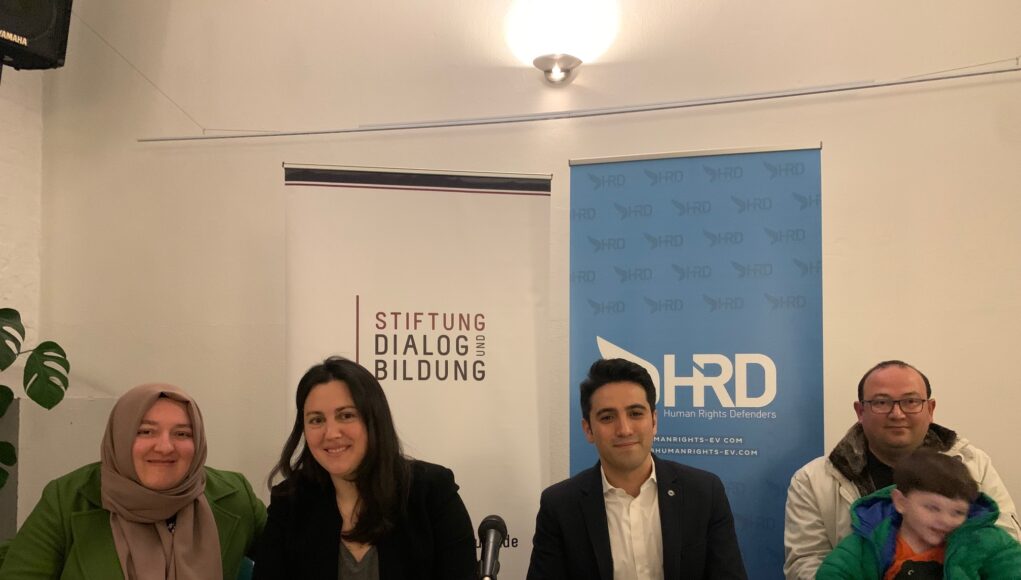 A documentary by Greek journalist Mariana Kakaounaki tells of the injustices faced by victims of Turkey’s post-coup crackdown, focusing on a tragedy that took place when the Kara family was trying to flee the country, the Bold Medya news website reported on Thursday.

Ebubekir and Gonca Kara, who used to work in Gülen movement-linked schools that were closed down by the government in the aftermath of the 2016 coup attempt, were among 18 Turks who got in a boat to make their way to Europe because they were facing prison due to their links to the faith-based movement.

Seven of them — two women and five children — drowned when their boat capsized on Sept. 27, 2019, in the eastern Aegean Sea. The couple’s 6-year-old son Mustafa and 8-year-old daughter Gülsüm were among the victims, while their baby boy, Ali İhsan, survived the tragedy.

Kakaounaki’s 82-minute documentary, titled “Invisible,” which tells the tragic story of the Kara family, will be shown on April 2-3 as part of the Greek Film Festival in Berlin, which takes place between March 30 and April 3, according to Bold Medya.

Kakaounaki and Kara the family got together for the first time since they shot the documentary at an event held at the House of Democracy and Human Rights in Berlin by the Human Right Defenders (HRD), an NGO founded by Turkish lawyers, businesspeople and former bureaucrats in Cologne who are political asylum seekers in Europe.

When talking about the reasons why she chose the word “invisible” as the title of the documentary, Kakaounaki said Turkish President Recep Tayyip Erdoğan wanted to make victims of the post-coup purge in Turkey “invisible” and to destroy them.

“The second [reason] is that the families who fled Turkey and came to Greece still want to keep a low profile although they are now free. They want to become invisible,” the journalist said, adding that the documentary aims to make the tragedies and injustices faced by Turkey’s purge victims “more visible.”

Saying that the director of the festival in Berlin hadn’t known about such injustices taking place in Turkey before seeing the documentary, Kakaounaki added that the situation applies to most people and that it’s partly because the victims don’t talk about the tragedies they suffered.

The journalist also said she personally handed a copy of the documentary to Greek President Katerina Sakelaropulu since she wanted people who are competent and influential in decision-making to see it.

Also speaking at the event, Gonca Kara said she and her husband had a hard time talking about the boat tragedy while it was still very fresh in their minds and that sometimes they considered dropping the whole thing but in time they understood the importance of the documentary.

“I’ve always thought my children didn’t die for nothing. It meant something. [I thought] I could pay my respects to them by telling people what we had gone through. … They lost their lives on our way to freedom, I wanted it to be heard, but it was a very difficult decision. Mariana was a big support for us,” Kara said.

Ebubekir Kara also said Kakaounaki worked so hard to do something for them, that she stayed with them, ate and went out with them and encouraged them to build a new life.

In addition to the thousands who have been jailed since the coup attempt in July 2016, scores of people have fled Turkey due to a massive purge carried out by the Turkish government against alleged members of the Gülen movement, inspired by Turkish Muslim cleric Fethullah Gülen. Many have tried to illegally flee Turkey as the government had canceled the passports of thousands of people.

Turkish President Erdoğan has been targeting followers of the movement since the corruption investigations of December 17-25, 2013, which implicated then-prime minister Erdoğan, his family members and his inner circle.

For more information on the Greek Film Festival in Berlin: https://thegreekfilmfestivalinberlin.com/

The Instagram page of “Invisible” can be followed for more information on the screenings in cinemas in Athens on April 8-9.