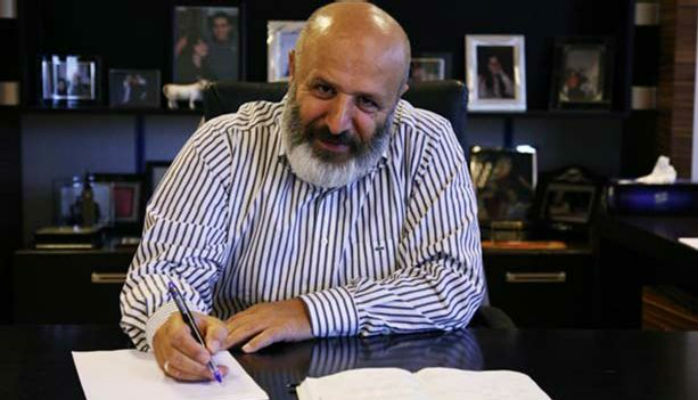 Ethem Sancak, the owner of BMC, Turkey’s largest commercial and military vehicle manufacturer, and a strong supporter of President Recep Tayyip Erdoğan, faces expulsion from Erdoğan’s Justice and Development Party (AKP) due to his remarks about the US role in the party’s coming to power, Turkish media reported.

The İstanbul provincial branch of the AKP has referred Sancak, a member of the AKP, to the provincial disciplinary board for expulsion.

The move was sparked by a recent statement from Sancak, who recently told a conference on “Turkey’s Security and NATO” at the İstanbul-based Marmara University, “We [the AKP] came to power with the support of the United States.”

He said the AKP government began to act more wisely toward the West after coming to power and challenged it with Erdoğan’s “one minute” incident at a meeting in Switzerland in 2009.

“One minute” refers to then-Prime Minister Erdoğan’s storming out of a World Economic Forum debate following a clash with then-Israeli President Shimon Peres over Israel’s offensive against Gaza.

“We began to challenge the system of Western shackles [after Davos],” said Sancak.

At the conference, the businessman, who is known for his anti-NATO stance, also said the West and NATO are always at war with Turkey and that NATO will eventually expel Turkey from the organization.

Turkey has been a member of NATO since 1952.

“We are even too late [to leave NATO]. Even if we don’t get out of it, they will throw us out. They imposed sanctions on us just because we want to have our own defense industry,” said Sancak.

He also complained that Germany refused to provide engines for the Altay tanks developed by his BMC company due to fears of NATO.

“NATO is a demonic organization established not to break this cycle,” he added.

Washington imposed sanctions in December 2020 on Turkey’s military procurement agency for its purchase of the Russian S-400 air missile system under the Countering America’s Adversaries Through Sanctions Act, or CAATSA, which mandates penalties for transactions deemed harmful to US interests.

Despite warnings from the United States and other NATO allies,  Erdoğan brokered a deal worth $2.5 billion with Russian President Vladimir Putin for the S-400 missile system in 2017 and started taking delivery of the first S-400s in July 2019 despite Washington’s warnings and the threat of US sanctions.

Six days after Russian President Putin announced a “special military operation” in Ukraine that quickly turned into a full-scale invasion, Sancak went to Moscow with a delegation from Turkey’s neo-nationalist Homeland Party (VP).

Speaking to the Russian network RBK, he said Russia’s invasion of Ukraine was NATO’s fault and that Ankara’s membership in the alliance is a disgrace for his country.