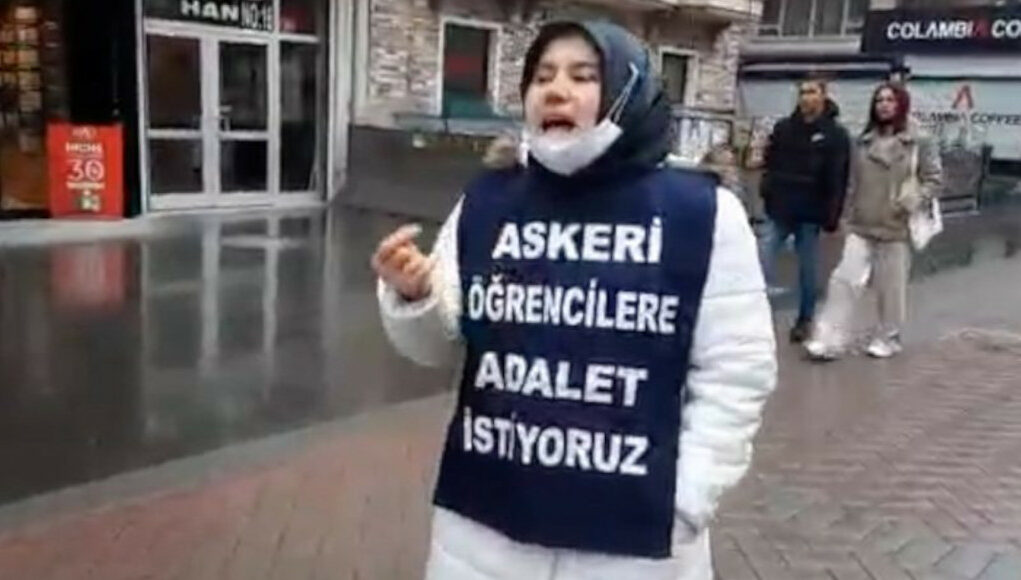 Melek Çetinkaya, the mother of a former military cadet who is serving a life sentence for allegedly participating in an abortive putsch in Turkey in July 2016, staged a protest on Sunday in Ankara’s famous Kızılay Square seeking justice for her son, the Stockholm Center for Freedom reported.

Çetinkaya shared parts of her protest on Twitter. She demanded the release of her son and all other cadets, saying they could not be held responsible for the coup attempt while their superiors were free.

“While generals were being acquitted and released, 19-year-old cadets were sentenced to life in prison. How is this justice?” she said.

“My son entered the military at the age of 13, and at the age of 19 he was sentenced to life in prison,” Çetinkaya said. “As a mother, I have been through immense suffering for the last six years. I beg politicians to support us and bring an end to this injustice.”

Since their arrest, the cadets have been subject to mistreatment in prison. In early January, cadets in Istanbul’s Silivri Prison were severely beaten by prison guards.

Some cadets said they were arbitrarily restricted from buying drinking water and food from the canteen by the prison administration. Inmates said they needed to buy the food because they were given poor-quality meals, especially meat, and they were provided tainted tap water in the wards.