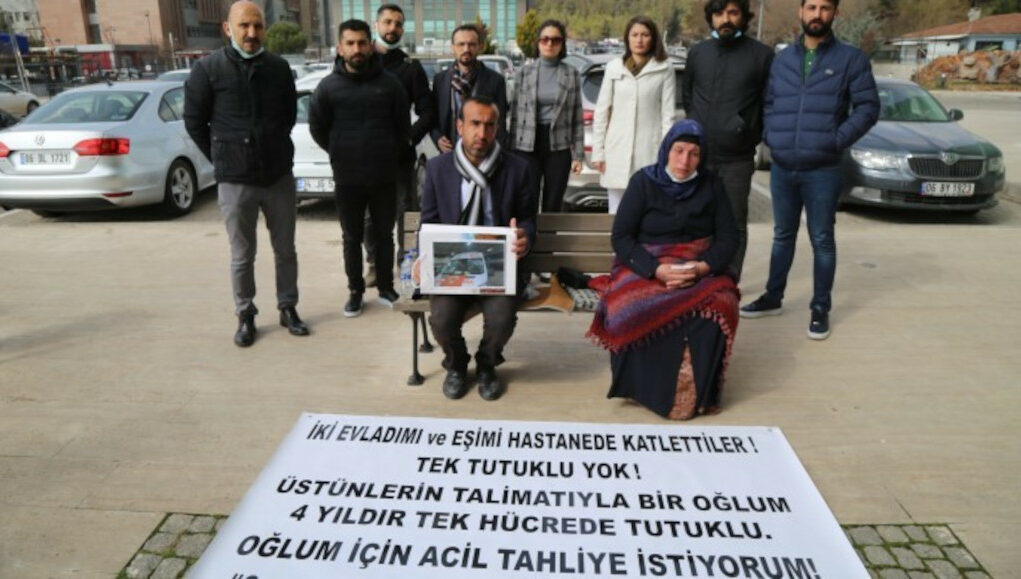 Lawyers for the Şenyaşar family, who have been demanding justice for three of their relatives murdered by people connected to a lawmaker from the ruling Justice and Development Party (AKP), have applied to a regional appeals court in Gaziantep province for the release of Fadıl Şenyaşar, the Stockholm Center for Freedom reported, citing the Mezopotamya news agency.

A lower court rejected an appeal for his release on December 9. The local court had initially sentenced Fadıl Şenyaşar to 37 years, nine months in prison in April 2021 on conviction of murder.

The family applied to the Gaziantep appeals court to overturn the conviction of Fadıl Şenyaşar, requesting his release while the case is under review.

Emine Şenyaşar and her son began a sit-in in March and have continued their protest in front of the Şanlıurfa Courthouse in southeastern Turkey, demanding justice for their family members.

Emine’s husband, Esvet Şenyaşar, and two of their sons, Adil and Celal, were brutally murdered on June 14, 2018 in Şanlıurfa province. Two Şenyaşar brothers, Ferit and Fadıl, who were injured but survived, were later detained, and Fadıl was arrested on charges of murder.

They were initially attacked in their store and taken to a hospital. However, they were followed by the family of AKP deputy İbrahim Halil Yıldız to the hospital, where they were ultimately murdered. Eight more people were injured during clashes between the two groups. An older brother of Yıldız was also killed, allegedly by Fadıl.