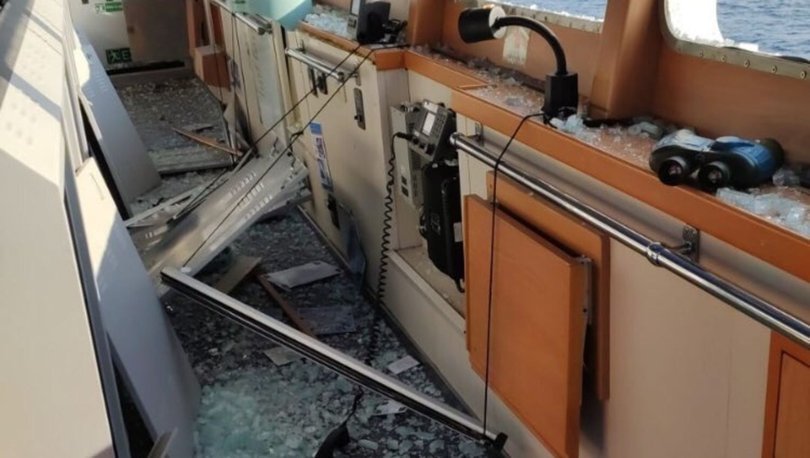 A Turkish-owned ship was hit by a bomb off the coast of Ukraine’s port city of Odessa on Thursday, Reuters reported, citing Turkey’s Maritime General Directorate, adding that there were no casualties and that the ship was safely en route to Romanian waters.

Russia on Thursday launched a ground and air offensive into Ukraine.

“Upon information that the Marshall Islands-flagged Turkish-owned Yasa Jupiter ship was struck by a bomb off the coast of Odessa, it was learned that the ship has no request for help, is en route to Romanian waters, has no casualties and is safe,” the authority said on Twitter.

“We reject Russia’s military operation,” Erdoğan said in a televised speech, calling it a “heavy blow to regional peace and stability”.

Erdoğan, whose government has friendly ties with both Russia and Ukraine, had positioned Turkey, a member of NATO, as a neutral mediator for a resolution to the crisis.

He expressed “sincere sadness” over the fact that the two countries “with which we have close political, economic and social ties” were confronting each other.

Erdoğan, who stepped up diplomacy with phone calls to the Russian and Ukrainian leaders this week, said Turkey had no desire to abandon ties with either of the countries.

“We want this issue to be resolved without us having to choose between the two,” he said in comments published in local media on Wednesday.