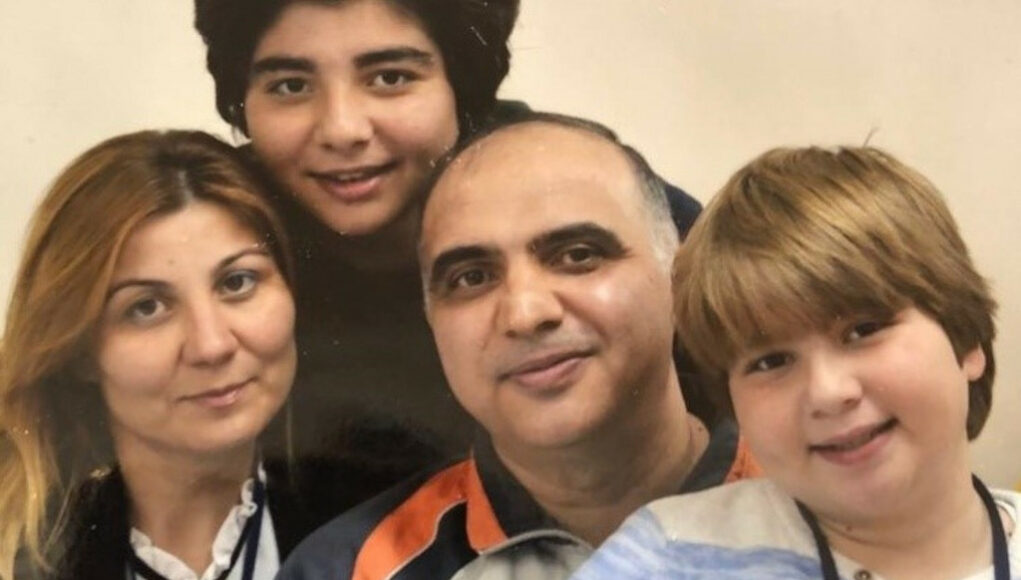 Photos of former judge Teoman Gökçe, 49, who died of a heart attack in a solitary prison cell on April 2, 2018, have been revealed by the Bold Medya news website, shedding light on the unsanitary conditions in which he was forced to live, the Stockholm Center for Freedom reported on Tuesday.

Photographs show Gökçe’s belongings scattered all over the floor and his dinner left untouched on the radiator. The windows of his cell were boarded up so light could not enter the room. Gökçe had requested many times to be transferred from the solitary cell to a regular one with other inmates before his death.

CCTV recordings at the prison show Gökçe in distress being taken to the ground floor by 10 guards. One starts to administer a heart massage while waiting for an ambulance. As the ambulance approaches three nurses get out and continue the heart massage, but Gökçe does not seem to respond. According to one of the guards, Gökçe’s face had turned purple and he was frothing at the mouth.

Recordings show Gökçe was taken to the hospital 40 minutes after he was found unresponsive in his cell. His family demanded to know why it took so long for him to be hospitalized. They also wanted to know whether Gökçe had undergone a physical examination before his death and if the doctors had found a problem with his heart.

Gökçe was arrested on July 21, 2016 for allegedly participating in a coup attempt on July 15, 2016. He was accused of membership in an armed terrorist group and attempting to overthrow the government. Gökçe was sent to Ankara’s Sincan T-Type Prison, where we was classified as a “dangerous prisoner” and was not allowed to interact with other inmates.

Following the abortive putsch, the Turkish government declared a state of emergency and carried out a massive purge of state institutions under the pretext of an anti-coup fight. More than 130,000 public servants, including 4,156 judges and prosecutors as well as 29,444 members of the armed forces were summarily removed from their jobs for alleged membership in or relationships with “terrorist organizations” by emergency decree-laws subject to neither judicial nor parliamentary scrutiny.

A total of 319,587 people have been detained and 99,962 arrested in operations against supporters of the Gülen movement, a worldwide civic initiative inspired by the ideas of Muslim cleric Fethullah Gülen, since the coup attempt, Turkey’s Interior Minister Süleyman Soylu said on November 22.

Dismissing the investigations as a Gülenist coup and conspiracy, the AKP government designated the movement as a terrorist organization and began to target its members. The government locked up thousands, including many prosecutors, judges and police officers involved in the investigation, as well as journalists who reported on them.

AKP government intensified the crackdown on the movement following the coup attempt on July 15, 2016 that they accused Gülen of masterminding. Gülen and the movement strongly deny involvement in the abortive putsch or any terrorist activity.

Gökçe appealed several times to the Constitutional Court, saying his solitary confinement was unlawful. However, all his requests to be transferred to a regular cell were rejected.

Gökçe was not the first inmate to be found dead in a solitary cell. Former teacher Muzaffer Özcengiz died in his cell on April 27, 2019. In a final letter Özcengiz had said the cell was unsanitary and that he was kept in inhumane conditions. “As my living conditions deteriorate, so is does my health,” he said. “My right to life is being violated, and for this reason I request to be transferred to a regular cell.”

Özcengiz was also arrested on alleged Gülen links but was not given a reason as to why he was kept in a solitary cell.

Former deputy policy inspector Mustafa Kabakçıoğlu, 44, died in a solitary quarantine cell in August 2020. Post-mortem photographs revealed his cell was filthy and damp. He was left alone in the cell although he was struggling with multiple health problems.

However, he said he believed the number had drastically increased after the government declared a state of emergency following the coup attempt. “The ministry is silent about the conditions in solitary cells,” he said. “Inmates in solitary cells are left to their fate. They do not have proper access to healthcare, they are not allowed to walk in the yard or participate in activities.”

Gergerlioğlu added that according to the law an inmate can only be held in a solitary cell for a maximum of 20 days but that currently there were inmates in solitary cells who had been there for more than two years.

Human rights activists have said the number of prisoners in solitary cells reaches into the thousands.