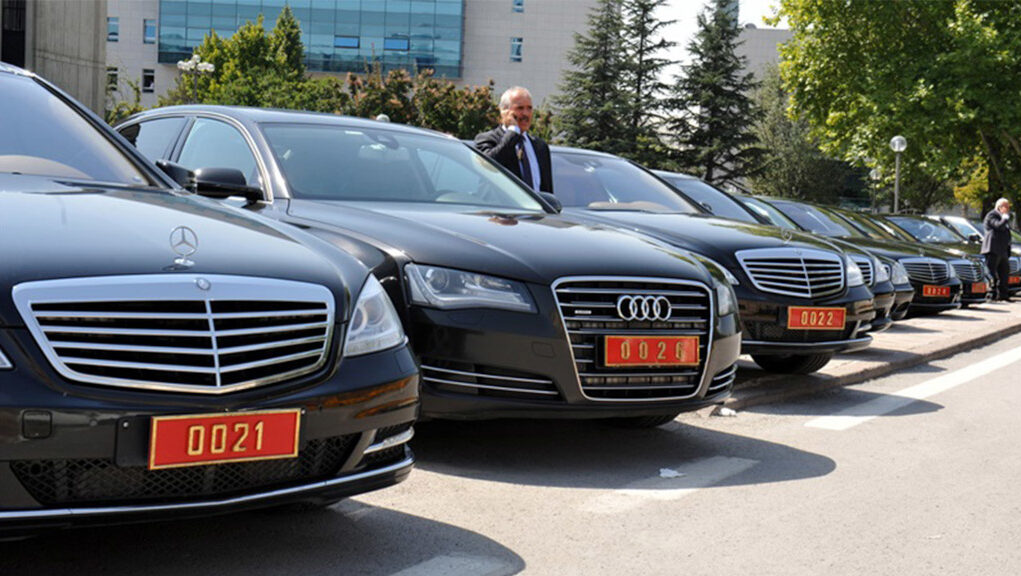 Turkey’s vice president has refused to disclose the exact number of vehicles used by Turkey’s presidential palace in response to a parliamentary question from an opposition lawmaker, the Birgün daily reported on Monday.

Sezgin Tanrıkulu, a deputy from the main opposition Republican People’s Party (CHP), asked for the precise number of vehicles used by the Turkish presidency as well as the cost of the fuel used by those vehicles.

“The presidential services are being performed using as many vehicles as needed in line with the relevant legislation,” Vice President Fuat Oktay said, in response to the question, failing to give an exact answer.

Tanrıkulu also asked about the cost of fuel for these vehicles and the name of the company that sells it to the presidency.

Without going into particulars, Oktay further stressed that expenditures for the procurement of goods and services as well as personnel costs are made under the relevant legislation, considering the allocations made in the Budget Law.

“These costs are published in the Central Administration Statistics bulletin issued by the Directorate General of Accounting at the Ministry of Treasury and Finance,” he added.

President Recep Tayyip Erdoğan frequently attracts criticism due to large convoys that accompany him during his daily routine. Many accuse him of excessive use of public resources while the people are suffering financial problems caused by rising inflation and depreciation of the Turkish lira.

At a time when people are finding it harder to make ends meet due to the rising cost of living in Turkey, the presidency is planning to add 29 more vehicles to its fleet, according to a draft budget submitted to parliament for approval, the T24 news website reported in late October.

According to the proposed budget, the maximum price for a passenger car will be TL 195,700 ($21,043), while no such limit is specified for cars with special security systems.

The net minimum wage announced for 2021 in Turkey is TL 2,826 ($377), the lowest figure in US dollars for a monthly net minimum wage in the last 11 years. The Turkish lira has lost more than 45 percent of its value against the dollar this year.

Erdoğan not only has a huge fleet of vehicles at his presidency but also takes his special security cars to his visits abroad.

He took two armored Mercedes S600 Guards, each with a price tag of $4.6 million, with him when he flew to the US to attend a United Nations meeting in September, paying $270,000 for their transportation.

This was not the first time Erdoğan used his official cars abroad. Actually, he has made it a habit to use his own official car on all of his foreign visits since 2017. The two armored Mercedes have also been shipped to Chile, Peru and Ecuador.