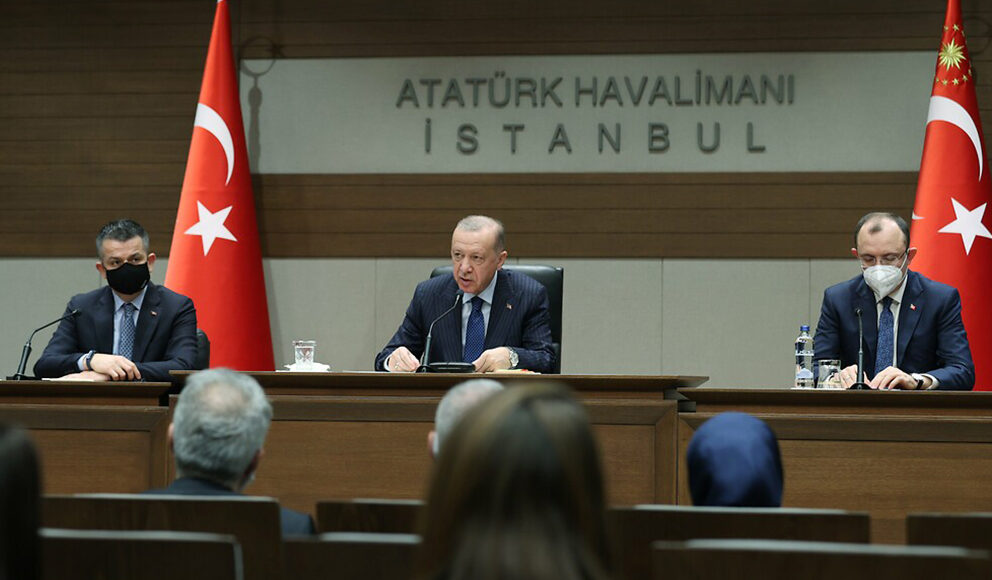 Turkish President Recep Tayyip Erdoğan was asked a list of questions at a news conference on Monday that were exactly the same as questions earlier leaked by a newspaper, bolstering claims that journalists are not free to ask the president anything they choose.

Erdoğan held the news conference at İstanbul’s Atatürk Airport before heading to Qatar for an official visit. The list of questions and the names of the reporters who would ask each question were released by the Yeniçağ daily five minutes before the start of the briefing.

Yeniçağ said the journalists were given the questions in advance. When the news event began, Erdoğan first allowed Anadolu news agency reporter Kaan Bozdağan to direct his question, then DHA reporter Gülseli Kenarlı, A Haber reporter Aslı Bilger Kutludağ and then CNN Türk’s Mücahit Topçu. The wording of the questions was exactly the same as those on Yeniçağ’s list, although there were minor differences in the sequence of the journalists asking the questions.

When A Haber reporter Kutludağ asked about work on the minimum wage for 2022, a smiling Erdoğan replied, “You’re trying to corner me,” to mean the journalist was asking a difficult situation.

The other questions directed at the president were about Turkey’s relations with Arab countries, military operations against terrorist groups such as the outlawed Kurdistan Workers’ Party (PKK) and government efforts to stabilize the increasing prices of essential items.

President Erdoğan and his Justice and Development Party (AKP) government are widely criticized for silencing independent media outlets in the country and creating a media that is under their absolute control.

Erdoğan’s crackdown on independent media outlets and journalists reached new heights in the aftermath of a coup attempt in July 2016 following which dozens of journalists were jailed, while more than 200 media outlets were closed down under the pretext of an anti-coup fight.

Turkey is ranked 153rd among 180 countries in the 2021 World Press Freedom Index released by the RSF in April.