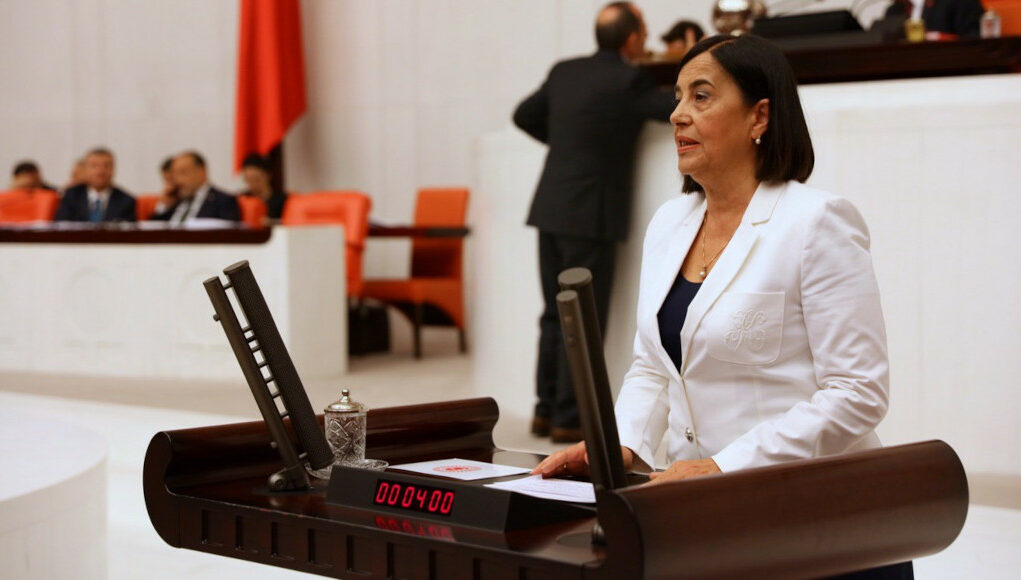 Jale Nur Süllü, a deputy from Turkey’s Republican People’s Party (CHP), was targeted last week by pro-government media for standing with cadets who were dismissed from the military by an executive decree after a coup attempt in July 2016, the Stockholm Center for Freedom reported.

Süllü said on Twitter her party demanded justice for cadets who were training at military academies before they were closed down by the government.

The Turkish government abolished all military academies, military high schools and high schools for noncommissioned officers in July 2016. The National Defense University was established in their place.

Süllü said she visited Ümit Can Özorman, a former cadet who was dismissed from the navy and wrote a book detailing how events unfolded for him on the night of the coup and the aftermath.

“Özorman gifted me his best-selling book, ‘I have MS Sir!’, and we promised to continue to demand justice for the 16,000 military cadets whose rights were violated with emergency decree-laws issued by the government,” she said.

Özorman was a military cadet at the Karamürselbey training center command when he was summarily dismissed by a government decree. After being forced to continue life as a civilian, Özorman applied to a university. He developed multiple sclerosis (MS), a neurodegenerative disease, shortly after his dismissal and reckons it was the trauma of the injustice that caused the disease.

Özorman published a book about his ordeal, “I have MS, Sir!” (MS’im Komutanım), which was published last year.

The decision to close the military schools came after Turkish President Recep Tayyip Erdoğan said the government would shut down military academies and put the armed forces under the command of Fikri Işık, the defense minister at the time.

The move was designed to bring the military under tighter control after the failed coup. Cadets lost their right to continue in the military, and they were awarded diplomas from civilian universities.

The decision was met with an outcry from cadets who were deprived of their dreams to serve in the army. Speaking to BBC Turkish service, one student said all their military training had been for nothing.

“They [the government] suddenly told us to pick a different profession and continue with our lives,” he said. “We had devoted years to working in the military.”

Ertan Ömeroğlu, the press advisor for the Defense Ministry, said their aim was to “democratize the army.” He said with the new National Defense University, they wanted to train military officers who respected the democratic system.

Opposition deputies criticized the move, saying it was made in haste and was an injustice to thousands of cadets.

Süllü was targeted by the pro-government media after publicly declaring her support for the former cadets. News outlets including Sabah, A Haber, and Star said Özorman was affiliated with FETÖ, a derogatory term coined by ruling Justice and Development Party (AKP) to refer to the Gülen movement.

The Gülen movement, a faith-based group inspired by Muslim cleric Fethullah Gülen,  is accused by the Turkish government and President Recep Tayyip Erdoğan of masterminding the coup attempt on July 15, 2016 and is labeled a “terrorist organization,” although the movement denies involvement in the coup attempt or any terrorist activity.

A total of 259 military cadets were detained on coup charges on July 16, 2016 and were arrested four days later. The cadets were indicted one year after they were put in pretrial detention, and their trial was concluded in May 2018. One hundred seventy-eight of the cadets were given life sentences on charges of attempting to overturn the constitutional order and attempting to overthrow the Turkish government and parliament by use of force as well as membership in a terrorist organization.

The cadets say they had no information about a coup attempt unfolding and were acting on orders from their superiors, who told them there was a terrorist attack.