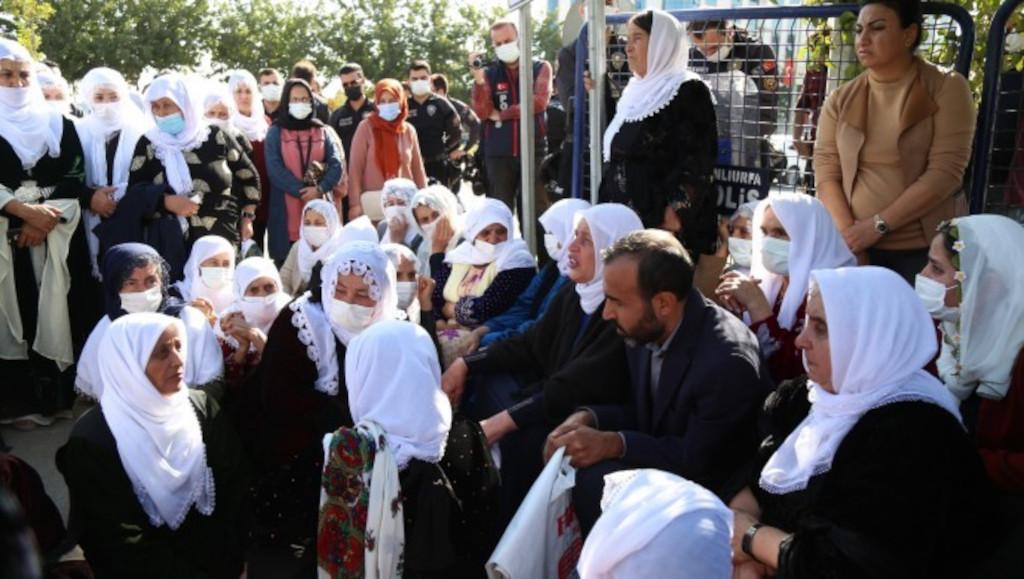 More than a hundred women from different parts of Turkey on Monday visited Emine Şenyaşar and her son Ferit Şenyaşar, who have been protesting in front of the Şanlıurfa Courthouse in southeastern Turkey to seek justice for three members of their family who were killed by the relatives and bodyguards of İbrahim Halil Yıldız, a deputy from the ruling Justice and Development Party (AKP), the Stockholm Center for Freedom reported.

The women, members of the Peace Mothers, expressed solidarity with the Şenyaşar family during their visit, saying they will continue supporting the family’s demand for justice.

Emine Şenyaşar and her son began a sit-in in March and have continued their protest for 246 days in front of the courthouse, demanding a fair trial and effective investigation of the incident.

The mother and son were briefly detained in March, and their placards have repeatedly been seized by the police.

They were initially attacked in their store and taken to a hospital. However, they were followed by the family of AKP deputy Yıldız to the hospital, where they were ultimately killed. Eight more people were injured during clashes between the two groups. An older brother of Yıldız was also killed.

Two brothers of the Şenyaşar family, Ferit and Fadıl, who were injured but survived, were later detained, and Fadıl Şenyaşar was arrested. However, none of Yıldız’s relatives or his bodyguards were detained despite the fact that three people had died.

Members of the Association of Lawyers for Freedom (ÖHD), the Progressive Lawyers Association (ÇHD) and several bar associations have lent support to the Şenyaşar family.