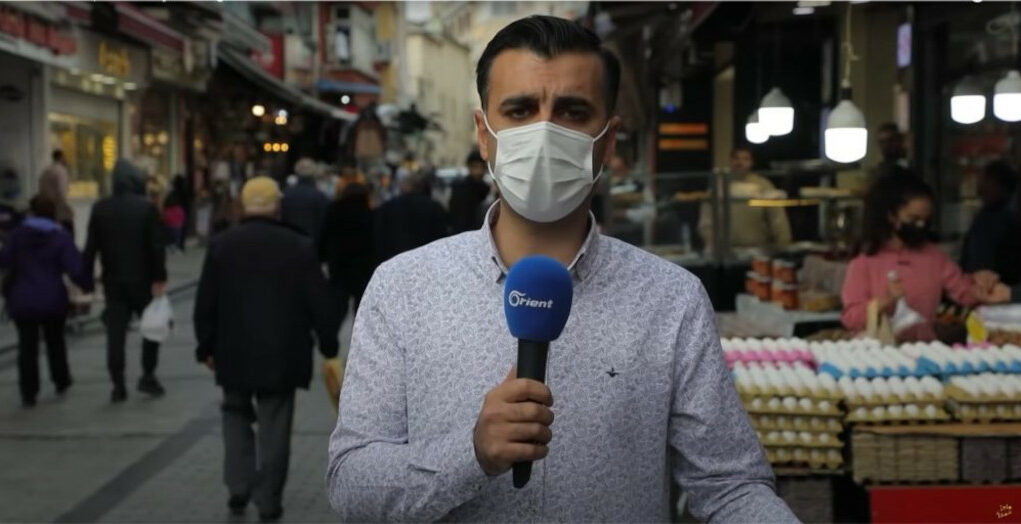 Majed Shama, a Syrian journalist residing in Turkey, was forced to sign a “voluntary repatriation document” after his report on Syrian refugees sharing videos on social media showing them eating bananas in an effort to condemn racism and discrimination in Turkey, the Stockholm Center for Freedom reported on Thursday, citing EuroNews Turkish.

Shama’s lawyer Mehmet Ali Hartavi said his client was forced to sign a “voluntary repatriation document.” According to Hartavi, Shama has a high risk of execution if he’s returned to Syria.

“Shama is against both Assad and Tahrir el-Sham, which reigns in Idlib province, where they are planning to send him,” he said. “My client is a journalist … he didn’t have any intention to insult anyone.”

Shama was detained on October 30, a day after İlay Aksoy, a politician from the right-wing İYİ (Good) Party, claimed on Twitter that Shama was the one who started the “banana videos.”

Sharing a clip from Orient TV, “the ‘banana protest’ was started by a provocateur, the UAE-based Orient Plus TV,” Aksoy said. “Orient News, which spearheaded this disgrace, should be banned from operating in Turkey.”

Shama denied the accusations and said he only wrote a story about the protests the day after they started. He was released by the prosecutor’s office but sent to a repatriation center in Gaziantep province.

The “banana videos” were posted following a street interview in which a Turk says Syrians in Turkey “buy kilos of bananas” while he can’t even afford to buy them.

In the interview, several Turks are seen lashing out at a young Syrian student who says they “wouldn’t have had to come to Turkey if there was no war in Syria,” to which a woman responds “Then, fight it, just don’t talk anymore, and go away,” also physically trying to push her away. A man then says: “Go back to Syria. You’re just tenants, we’re the landlords here. [But] you live in better conditions than I do. I can’t eat bananas while you buy kilos of them at farmers markets.”

Syrians took to social media in response, posting dozens of videos on TikTok and other platforms. In one, a ninja breaks into a home filled with luxury items but steals only a bowl of bananas.

Shama is known for his satirical style. In the video he is seen to be secretly going to a fruit seller, buying bananas and hiding them under his sweater until he arrives in front of his apartment.

Turkish authorities arrested an Orient channel journalist, Majed Shamaa, for a funny video in which he asked Syrians in Istanbul what they thought about the Turkish outrage over the banana videos. pic.twitter.com/ih3gQUjuRl

The video is followed by interviews. In one of them, Shama asks a man if he likes eating bananas. After the man says he does, Shama asks where he is from and the man replies Palestine. Shama then says, “Ah, it’s different for a Palestinian to eat bananas than for a Syrian to eat bananas.”

In a tweet Amnesty International’s Turkey campaigner Milena Büyüm said, “Returning a critical journalist to a country where he is at risk would be a very serious violation of Turkey’s obligations to protect refugees.”

Anti-immigrant sentiment is nearing the boiling point, fueled by Turkey’s economic woes. With unemployment high and the prices of food and housing skyrocketing, many Turks have turned their frustration toward the country’s roughly 5 million foreign residents, particularly the 3.7 million who fled the civil war in Syria.

In August violence erupted in the Turkish capital of Ankara as an angry mob vandalized Syrian businesses and homes in response to the deadly stabbing of a Turkish teenager.