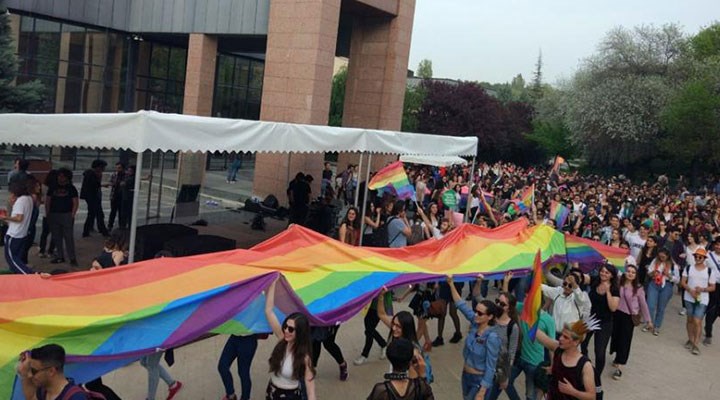 A Turkish court on Friday acquitted 18 students and an academic involved in an unsanctioned Pride event at a top university in Ankara, their lawyer told Agence France-Presse.

The group faced up to three years in prison if convicted of charges of organizing and taking part in a banned event.

“Today’s verdict is a victory for justice, but this protracted legal battle should never have happened,” Amnesty International added.

Homosexuality has been legal throughout modern Turkey’s history and the country is party to a range of human rights conventions promoting LGBTQ rights.

But İstanbul Pride has been banned since 2016 and President Recep Tayyip Erdoğan has spoken out forcefully against past LGBTQ protests.

“Today we take a moment to rejoice but tomorrow we will continue the struggle to end the crackdown on human rights in Turkey,” Amnesty said.