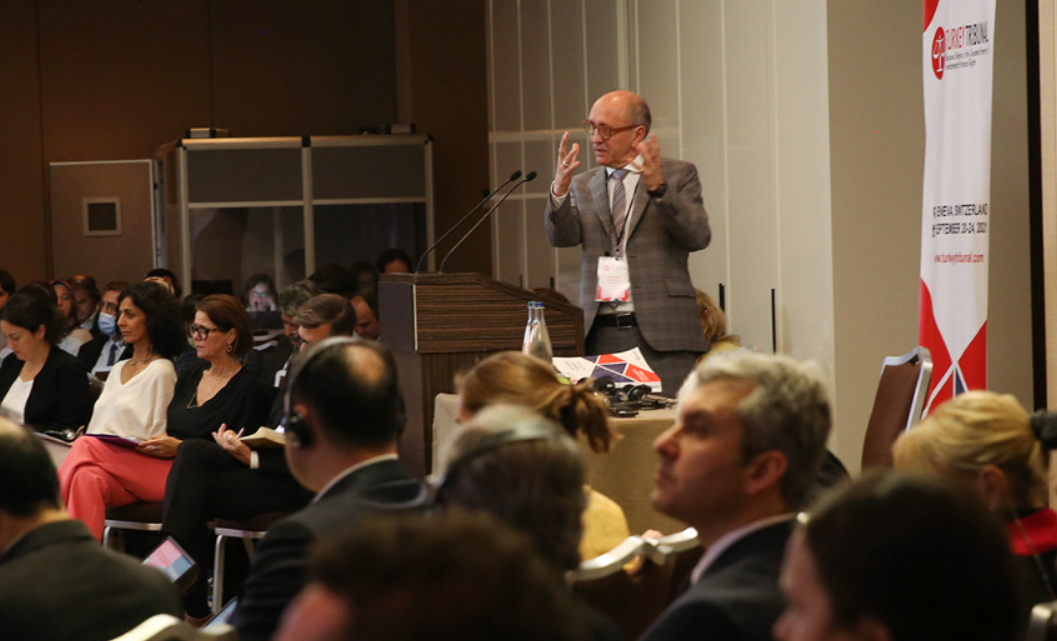 The judges of the Turkey Tribunal, a civil society-led, symbolic international tribunal established to adjudicate recent human rights violations in Turkey, on Thursday heard rapporteur Johan Vande Lanotte present a report that claimed recent cases of enforced disappearance and torture in Turkey are crimes against humanity.

Lanotte, a professor of law at the University of Ghent, cited the Rome Statute of the International Criminal Court (ICC), adopted by 123 states at a diplomatic conference in Rome in 1998, for the definition of a crime against humanity.

“The Rome Statute has defined the criteria and the decisive elements needed to qualify acts as crimes against humanity. We will evaluate if each of these decisive elements are present in the reports concerning the abductions and the acts of torture. To be considered as a crime against humanity, some specific requirements must be fulfilled,” Lanotte said in his report.

“To qualify a crime as a ‘crime against humanity’ the crimes must be an attack, meaning: a course of conduct, involving the multiple commission of acts, that widespread or systematic, directed against any civilian population and committed pursuant to, or in furtherance of, a state or organisational policy to commit such attack,” the report said.

Underlining that the Turkish government has denied the existence of torture and internal abductions, the report said it was not possible to uncover the exact figures.

“However, it is our conclusion from the data that are available that we are confronted with an attack, meaning a course of conduct involving the multiple commission of acts of torture and abduction,” said Lanotte.

“Based on the high numbers during a long period, the specific targeting of some groups, the existence of recurring patterns and the use of specialized teams, torture in Turkey is systematic,” the report said.

“We acknowledge that the qualification of the internal and/or international abductions executed by the Turkish authorities as widespread, how important they may be, within the context of the Rome Statute is disputable. However, what is not disputable is that these abductions must be considered as systematic within this framework,” Lanotte asserted in his report.

“To be considered as crimes against humanity, acts must be committed pursuant to or in furtherance of a state or organizational policy to commit such attack,” the report said. “We can define the policy on torture of the Turkish state as follows: by torturing the persons who are allegedly linked to the Gülen movement or the Kurdish movement, which they all indicate as terrorists, the Turkish state wants to make them confess and aims to physically punish them. The state also aims to extract from them information – true or false- about other persons who in their turn will be tortured, and so the cycle continues.”

Turkish government accuses the Gülen movement, a worldwide civic initiative inspired by Muslim cleric Fethullah Gülen, of a failed 2016 coup and designates the group as a terrorist organization. The movement denies coup accusations and involvement in any form of terrorism.

“All these persons will then be condemned to long prison sentences, based upon declarations done under torture. The ultimate hope of the government seems to be the annihilation of both movements, and to create a deterrent effect on other (alleged) members of these movements, but that is the political long-term ambition, not the concrete intention. Delivering torture to punish and to extract, real or false information, which leads to long prison sentences, is the concrete intention. It is our finding that every level of the state: legislator, government, governors, the judicial system and the security services, organize, encourage and actively promote this policy, either in a direct or indirect way,” the report said.

“Our conclusion is that the acts of torture and the enforced disappearances, as described in the report ‘Torture in Turkey Today’ and the report ‘Abductions in Turkey Today’, are in line with the definition of torture in the Rome Statute,” the report concluded. “The ICC should only deal with the gravest of all crimes and the evaluation of facts that constitute crimes against humanity must be strict. However, we cannot deny the reality. Our conclusion is clear and firm: the facts of torture and the abductions described in our reports, are crimes against humanity.”

In response to presiding judge Françoise Barons Tulkens, who asked whether the tribunal “needed” to qualify the abductions and torture happening in Turkey as crimes against humanity, Lanotte gave a summary of the current state of affairs.

“Turkey ignores the decisions of the United Nations bodies, the decisions taken by the institutions of the European Union and the European Court of Human Rights [ECtHR],” Lanotte said, adding that the failure of these systems meant that one needs to go for unconventional methods to adjudicate the alleged crimes against humanity taking place in Turkey.

Judge John Pace asked Lanotte what the follow-up for the initiative would be after the tribunal announced its verdict.

Lanotte said if a crime qualifies as a crime against humanity, national courts in Europe would have jurisdiction over the crimes, naming the national courts as the first option available.

Lanotte said the third option available is to sanction individuals under the available legal framework in the respective nations, such as the United States or the United Kingdom, for their responsibility in crimes against humanity.

Pointing to the reports and the witnesses heard by the judges, Lanotte vowed, “We will not stop.”

The guests and some of the judges applauded Lanotte’s remarks.

The judges had heard all the witnesses and reports as of Thursday, and on Friday, they will convene to adjudicate Turkey’s human rights violations and announce a verdict.