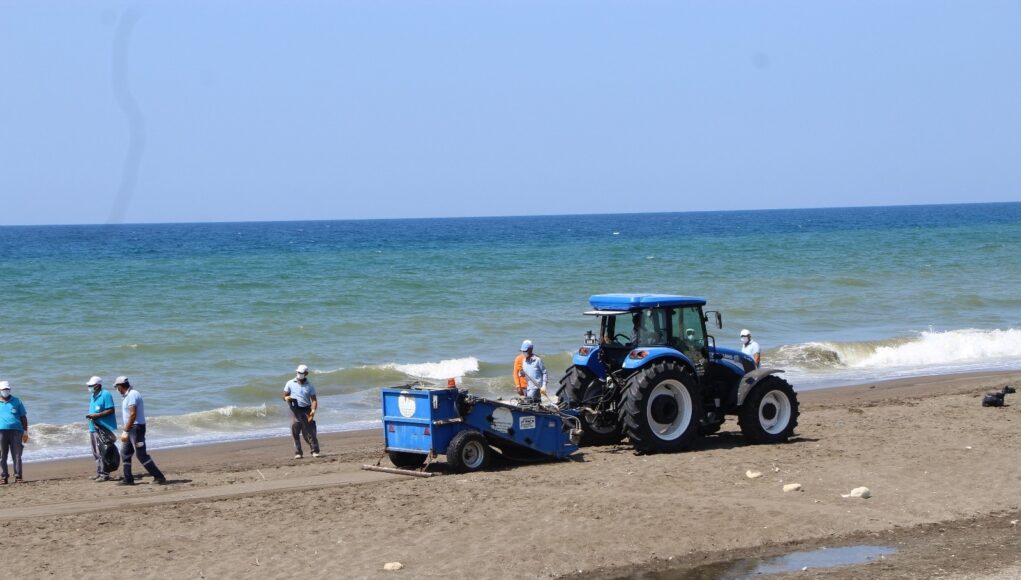 An oil spill from a fuel tank at the Baniyas Thermal Power Station in Syria has reached the Samandağ district of Turkey’s southern province of Hatay, local media reported on Friday, citing local authorities.

“[Part of] nearly 15,000 tons of oil that had leaked from a refinery in Syria on August 24 unfortunately has reached our coast in Samandağ,” the Hatay Metropolitan Municipality announced on social media late on Thursday.

Noting that a cleanup operation conducted by the Transportation Ministry was ongoing, the municipality also warned residents not to swim in areas where oil was detected by the teams.

“Due to weather, some oil has also arrived on our shores in small amounts that are being removed by [teams tasked by the ministry]. … There is no large-scale oil spill in our waters. We are working to prevent any permanent effects from the leak,” Doğan said.

Minister of Transport and Infrastructure Adil Karaismailoğlu also said six vessels were currently working to contain the oil slick. “We have taken all measures,” he added.

Last week Syrian officials announced that a tank filled with 15,000 tons of fuel had been leaking since Aug. 23 at a thermal power plant in the Syrian coastal city of Baniyas.

Satellite imagery analysis by Orbital EOS revealed Wednesday that the oil spill was larger than originally thought, covering an area of around 800 square kilometers.