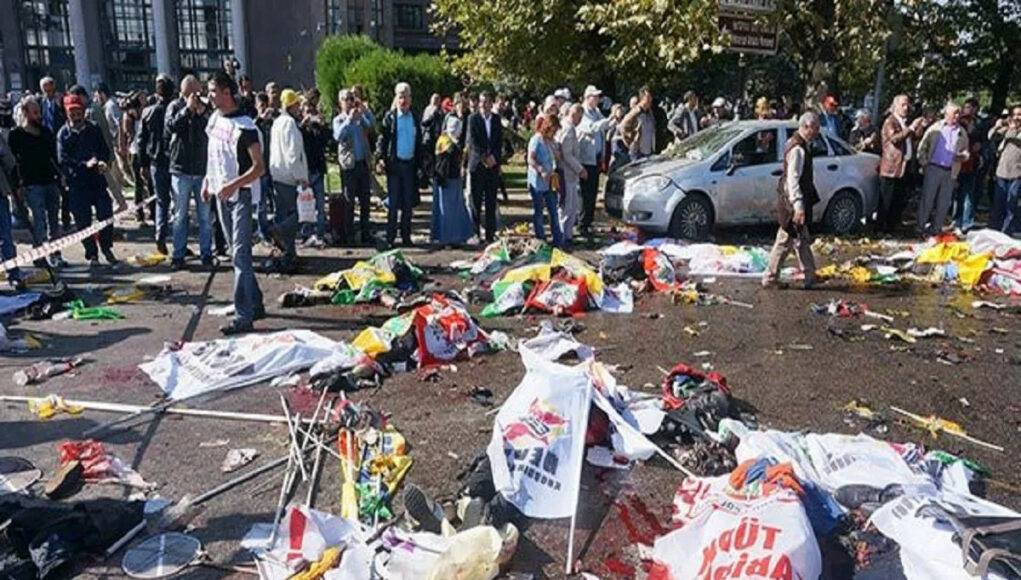 A witness in a trial concerning a 2015 suicide bombing in Ankara has claimed that Turkish authorities ordered him to contact a senior member of the Islamic State in Iraq and the Levant (ISIL), the Tr724 news website reported, citing the Mezopotamya news agency.

On Oct. 10, 2015, two suicide bombers, members of ISIL, attacked a peaceful demonstration in front of the Turkish capital’s railway station in Ulus. One hundred nine people died and some 500 others were wounded in the blasts.

In August 2018 an Ankara court had handed down 101 life sentences without the chance of parole to each of nine suspects in the trial concerning the bomb attack. The defendants were convicted of first-degree murder and violating the constitutional order.

In total, 36 suspected ISIL supporters were charged, some of them in absentia, with murder, membership in a terrorist organization and seeking to overthrow the constitutional order. The trial of defendants who are now fugitives from the law is still ongoing in absentia.

Muhammed Kasım Kurt, who testified over his collusion with ISIL’s so-called Turkey chief İlhami Balı, attended the hearing via the IT Voice and Image System (SEGBİS).

Kurt said he didn’t know the defendants accused of conspiring to carry out the attack.

The presiding judge asked Kurt if he knew Balı.

“No, but we have many relatives in Syria. At that time, one Turkish solider was martyred in Syria and another was held captive. The deputy interior minister and the governor of Kilis asked me to contact Syria for that soldier,” Kurt replied. “Yes, I talked to the ISIL official and I spent five months in prison because of that phone call.”

Responding to lawyers’ questions, Kurt made further disclosures. “I talked openly to the ISIL’s border chief İlhami Balı on phone in the presence of an intelligence officer, a captain and two noncommissioned officers. Then, they took me and arrested me on charges of ‘making the call’,” he said.

The Cumhuriyet daily reported in 2016 that certain security officials ignored tips from the intelligence service on expected terrorist attacks by ISIL at political rallies and meetings.

An investigation was launched into Cumhuriyet journalist Kemal Göktaş on accusations of putting officials engaged in counterterrorism operations in danger in a report he wrote.