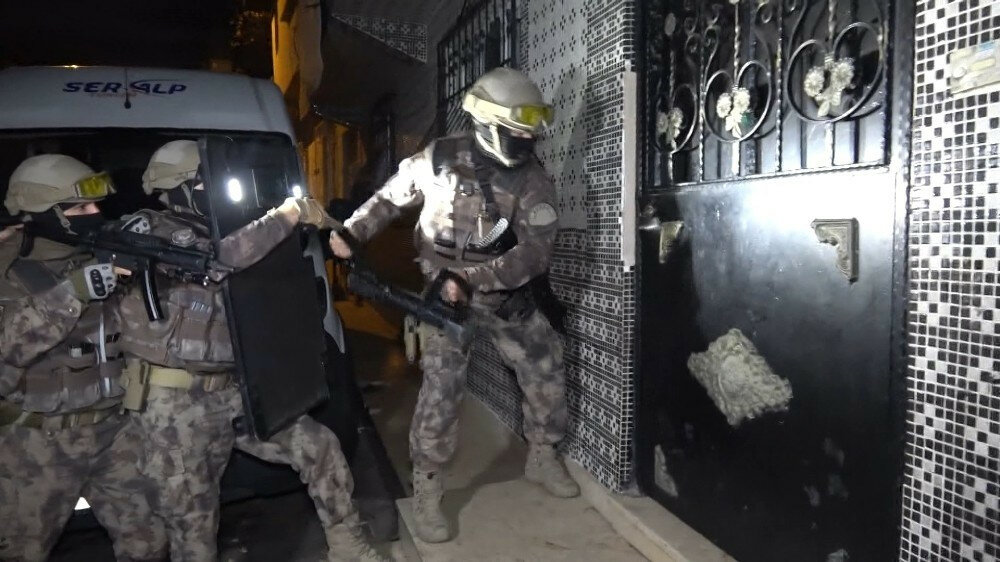 Police have conducted simultaneous raids in southern, southeastern and eastern Turkish cities, taking a large number of people into custody in connection with their social media posts, the Kronos news website reported on Friday.

The operation in Diyarbakır was overseen by the Diyarbakır Chief Public Prosecutor’s Office as part of an investigation into 88 people in connection with their social media posts allegedly containing propaganda. As a result of simultaneous raids on 104 locations, 59 people were detained.

As part of an investigation launched by the Adana Chief Public Prosecutor’s Office in connection with social media posts allegedly containing the propaganda of a terrorist organization, 29 people were taken into custody.

During the raids, police officers reportedly entered houses by breaking down the doors.

The suspects were taken to the police department following medical checks.

The Media and Law Studies Association (MLSA), a non-profit organization working in the fields of free speech, journalism, Internet freedoms and the right to information, announced that the police also detained Beritan Canözer, a reporter for JinNews, the only all-female news agency in Turkey, in a Twitter message on Friday.

Meanwhile, the MLSA also reported in a post that there were two similar police operations in Turkey’s southern city of Mersin and eastern city of Van and that at least 102 people were taken into custody in four cities.

The association noted that the charges against the suspects are not known due to a confidentiality order and that the periods of detention may be extended due to the large number of suspects.