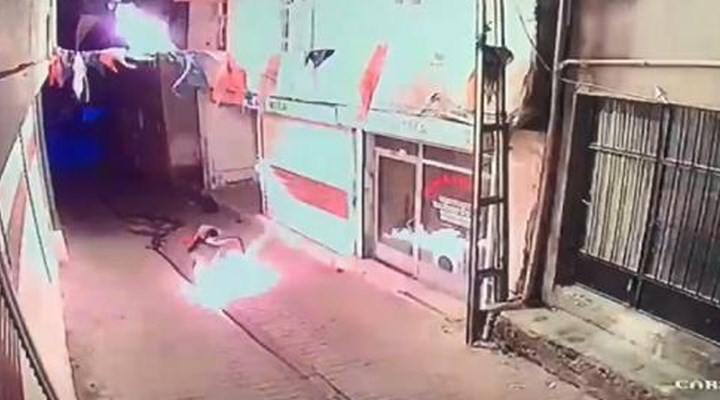 Nobody was injured in the fire caused by the attack, which occurred at around 9 p.m. Police detained the attacker, identified only by the initials M.E., and a person identified as Ş.B., who is said to have helped him, according to AA.

The incident came after a Thursday attack on the pro-Kurdish Peoples’ Democratic Party (HDP) office in İzmir carried out by Onur Gencer, a 27-year-old ultranationalist who gunned down HDP employee Deniz Poyraz.

Although many AKP officials condemned the attack in Hani, Turkish President Recep Tayyip Erdoğan and Interior Minister Süleyman Soylu have yet to condemn the attack that killed Poyraz, Turkish media reports said.

Politicians from the HDP, the Turkish parliament’s third-largest party, are frequently subjected to legal harassment and face terrorism charges in Turkey as the government and Erdoğan see the party as the political front of the outlawed Kurdistan Workers’ Party (PKK).

The government is currently trying to close the pro-Kurdish party down over alleged links to the PKK, with the chief public prosecutor of the Supreme Court of Appeals refiling an indictment with the Constitutional Court towards that end on June 7.

Meanwhile, Sedat Peker, a notorious Turkish crime boss, on Thursday warned Turks that bigger attacks would occur in the near future.

Once a staunch supporter of Erdoğan, Peker has since early May been setting the country’s political agenda through videos he posts on YouTube. Having fled to Dubai, the mafia boss has been making shocking revelations about state-mafia relations, drug trafficking and murders implicating state officials and their family members.