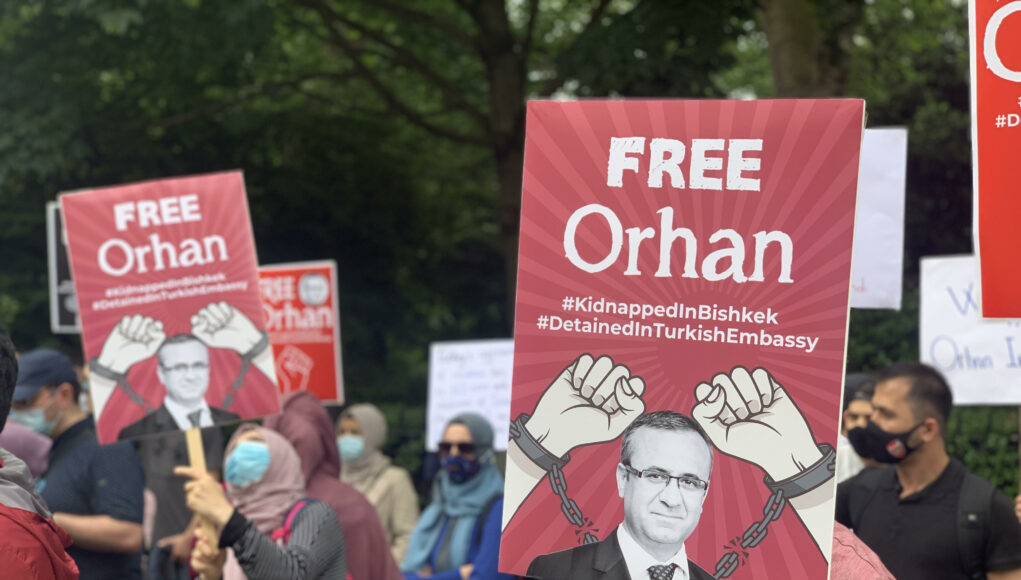 An official from the German Foreign Ministry has revealed that the federal government contacted Kyrgyz authorities earlier this month regarding the situation of a Turkish-Kyrgyz educator in Kyrgyzstan who is allegedly being held against his will in the Turkish Embassy in Bishkek, Deutsche Welle Turkish service reported on Saturday.

Orhan İnandı, the founder and president of the Turkish-Kyrgyz Sapat school network operating in Kyrgyzstan, went missing on May 31. The educator is feared to have been abducted by Turkey’s National Intelligence Organization (MİT) due to his alleged links to the Gülen movement.

Turkey claims the founder of the school network is Turkish Islamic cleric Fethullah Gülen, whose movement is labeled as a terrorist organization by the Turkish government and accused of masterminding a failed coup in Turkey in July 2016. The movement strongly denies any involvement in the abortive putsch or any terrorist activity.

The contact was revealed in response to a parliamentary question posed by Cem Özdemir, a German politician of Turkish descent from Alliance 90/The Greens, asking if the federal government had contacted Kyrgyz authorities about İnandı and whether they can guarantee that a similar incident won’t take place in Germany.

According to DW, State Secretary of the Federal Foreign Office Miguel Berger said, in response to Özdemir’s questions, that the federal government had talked to Kyrgyz authorities on June 3 and expressed concern over the missing educator.

Berger added that there were no signs indicating the possibility of a similar incident in Germany and that they would take the necessary steps within the law in the event that there was.

Özdemir told DW that the federal government’s communication with Bishkek regarding the situation of İnandı, who has been missing for over two weeks, was a right and necessary move.

Underlining that Turks living in exile around the world continued to be in danger, the politician said the practice of extraterritorial abduction is a state-backed act of terrorism that should have consequences for the parties involved.

The educator’s wife, Reyhan İnandı, also spoke to DW, arguing that Turkish authorities had planned to render her husband to Turkey but couldn’t in the face of unexpectedly intense international support for İnandı.

“We are supported by the locals, hundreds of our graduates [from Sapat schools] and their families,” the wife added.

Protests have taken place in Berlin, London and Brussels as well as Bishkek in support of the Turkish educator, demanding his release. The United Nations Human Rights Committee has called on Turkey to promptly take all measures necessary to establish the whereabouts of İnandı and said the government should ensure that İnandı would not be subjected to torture and inhuman treatment, guarantee his physical and mental integrity and immediately place him under the protection of the law.

Rights organizations such as Human Rights Watch (HRW) and the Human Rights Foundation have also asked Kyrgyz authorities to exert efforts for the release of İnandı.