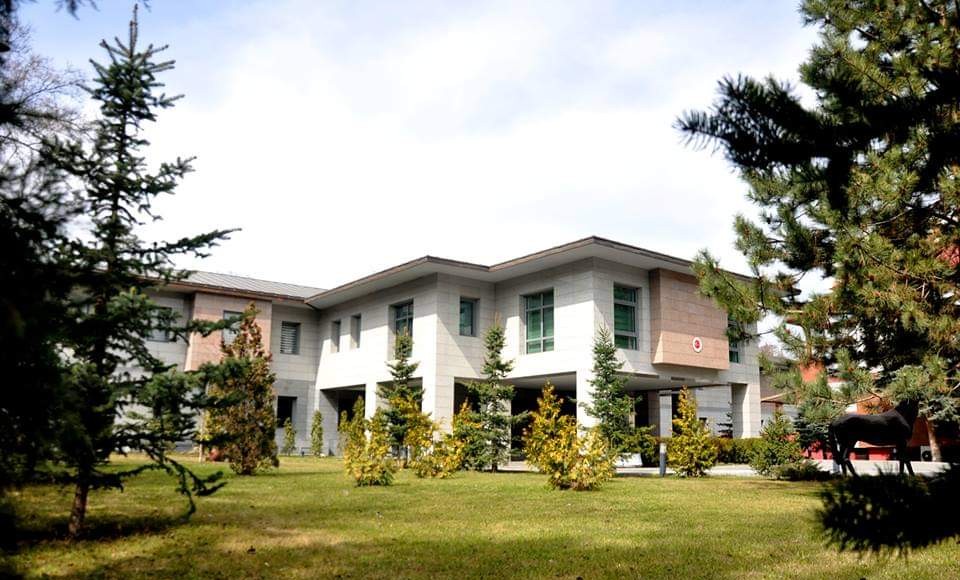 Kyrgyz authorities have no right to carry out a search of Turkey’s diplomatic premises in Bishkek for educator Orhan İnandı, who is allegedly being held against his will in the Turkish Embassy, Deputy Interior Minister Nurbek Abdiev said in a parliamentary hearing held on Wednesday, the Stockholm Center for Freedom reported, citing the 24.kg news agency.

İnandı had not crossed the country’s borders since his disappearance, Abdiev told Kyrgyz lawmakers.

İnandı, the founder and president of the Turkish-Kyrgyz Sapat school network operating in Kyrgyzstan, went missing in Bishkek on the evening of May 31 and is feared to have been abducted by Turkey’s National Intelligence Organization due to his alleged links to the Gülen movement, a faith-based group inspired by Muslim cleric Fethullah Gülen.

According to Abdiev, Kyrgyzstan had previously denied an extradition request from Turkey for İnandı, which was conveyed through diplomatic channels in 2018.

İnandı’s wife, Reyhan İnandı, said in a June 6 statement that an undisclosed source told her that her husband was being held against his will at the Turkish Embassy, and she claimed he was being tortured to renounce his Kyrgyz citizenship. This would simplify İnandı’s forcible transfer to Turkey, she said.

Taalaygul Toktakunova, the attorney for the family of İnandı, shared records from a dashcam from İnandı’s car showing suspicious individuals who could have been involved in his disappearance, which occurred right after a meeting with a former minister who took a trip outside Kyrgyzstan soon after İnandı went missing.

Kyrgyz citizens, politicians and NGOs continue calling on the country’s authorities to take all possible steps to ensure İnandı’s safety.

Since June 1 protests have taken place in Berlin, London, Oslo and Brussels as well as Bishkek in support of the Turkish educator, demanding his release. The United Nations Human Rights Committee has called on Turkey to promptly take all measures necessary to establish the whereabouts of İnandı and said the government should ensure that İnandı would not be subjected to torture and inhuman treatment, guarantee his physical and mental integrity and immediately place him under the protection of the law.

Turkish intelligence has intensified its efforts to target dissidents abroad. Most recently a nephew living in Kenya of Gülen was abducted by Turkish spies and brought back to Turkey at the weekend, according to the state-run Anadolu news agency.

Turkish President Recep Tayyip Erdoğan has been targeting followers of the Gülen movement, inspired by US-based Turkish Muslim cleric Fethullah Gülen, since the corruption investigations of December 17-25, 2013, which implicated then-Prime Minister Erdoğan, his family members and his inner circle.

In a joint letter UN rapporteurs accused the Turkish government of engaging in the systematic practice of state-sponsored extraterritorial abductions and forcible returns to Turkey, with at least 100 Turkish nationals from multiple states including Afghanistan, Albania, Azerbaijan, Afghanistan, Cambodia, Gabon, Kosovo, Kazakhstan, Lebanon and Pakistan removed to Turkey.