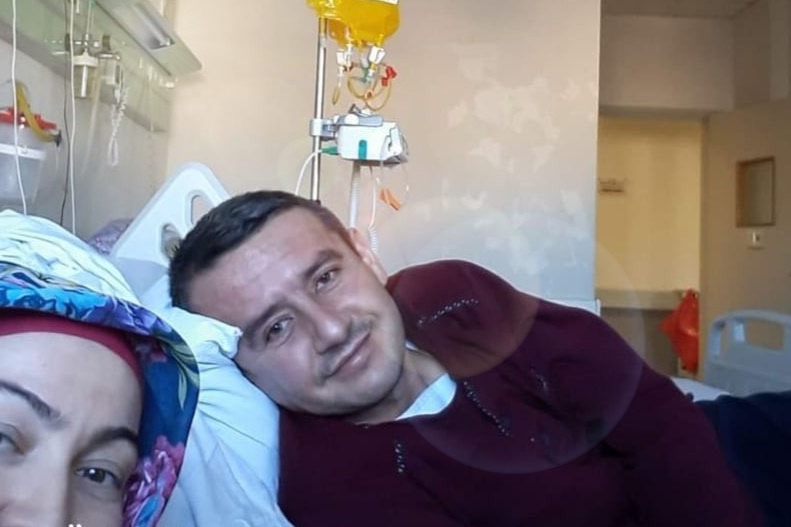 Emin Köseler, a religious studies teacher who was dismissed from his job on alleged links to the Gülen movement and later jailed on the same charges, succumbed to cancer yesterday, the Stockholm Center for Freedom reported citing the Kronos news website.

Köseler’s death was announced on Twitter by a platform established by purged public servants. “Dismissed religious studies teacher Emin Köseler, who was diagnosed with cancer after he was released from prison in Eskişehir, passed away,” the announcement read.

In a Facebook post Köseler’s wife, Deniz Özkök Köseler, discussed her husband’s ordeal. “He was arrested less than 40 days after we had a baby. Doctors had told us he only had three months left to live, but we didn’t tell him that,” she said. “Under the current conditions I don’t really feel sorry for those who die, in fact I envy them.”

Köseler was accused of membership in a terrorist organization for belonging to a labor union and having an account at Bank Asya, one of Turkey’s largest commercial banks at the time, both of which were affiliated with the movement.

In his defense Köseler had told the court his membership dues for the labor union were in fact paid for by the government.

Erdoğan intensified the crackdown on the movement following a coup attempt on July 15, 2016 that he accused Gülen of masterminding. The crackdown also targeted political opponents of the government, Kurdish activists and human rights defenders, among others. Gülen and the movement strongly deny involvement in the abortive putsch or any terrorist activity.

Following the failed coup, the Turkish government declared a state of emergency and carried out a massive purge of state institutions under the pretext of an anti-coup fight. More than 130,000 public servants, including 4,156 judges and prosecutors, as well as 29,444 members of the armed forces, were summarily removed from their jobs for alleged membership in or relationships with “terrorist organizations” by emergency decree-laws subject to neither judicial nor parliamentary scrutiny.