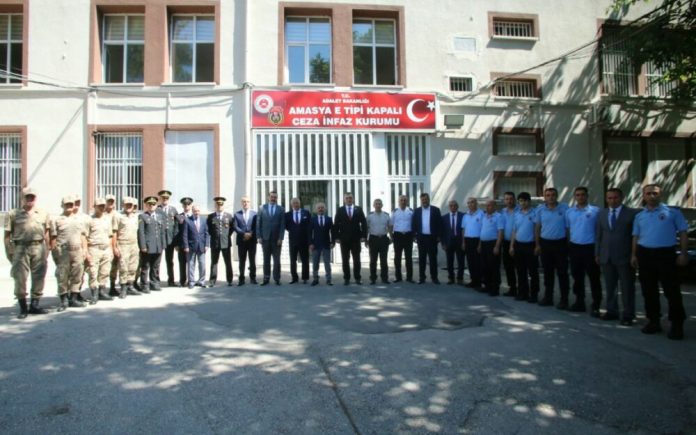 Inmates arrested for links to the Gülen movement are being denied release by the Amasya E Type medium security prison in northern Turkey despite being eligible for parole, the Stockholm Center for Freedom reported citing Bold Medya news website.

According to a new parole system established in January, inmates are put through tests and interviews before they are granted parole. The interviews are conducted by the prison psychologist and warden. Most of the questions are personal and directly concern inmates’ private lives.

Inmates are asked about their relationships, their spouses and how they met and got married. They are also asked if they “know anyone in an important position.” However, even if the inmates pass these interviews and tests, they are not granted parole.

The prison administration issues a report noting that there is a strong reason to believe the inmate “will contact the terrorist organization upon release” and that their parole will be revisited in six months.

Inmates in the same prison arrested on different charges have been granted parole as soon as they are eligible.

Lawyers have argued that the prison’s new parole policy is scandalous and against the law. Inmates who have been victims of this unlawful system have appealed to the courts but have yet to receive an answer.

In a parliamentary question to Justice Minister Abdülhamit Gül, she demanded to know why many political prisoners who were eligible for parole were denied release by prison administration.

Indeed, many political prisoners and especially journalists are still waiting for parole despite having served the required amount of time .

In some cases, inmates are not released because their prison sentence has not yet been upheld by the Supreme Court of Appeals. However, even though some political prisoners signed waivers saying they accepted the lower court’s verdict and did not want to wait for a decision on the appeal, they were not granted parole.

In a statement last year Amnesty International called for Turkish authorities to release prisoners who are eligible for parole, especially during the COVID-19 pandemic.