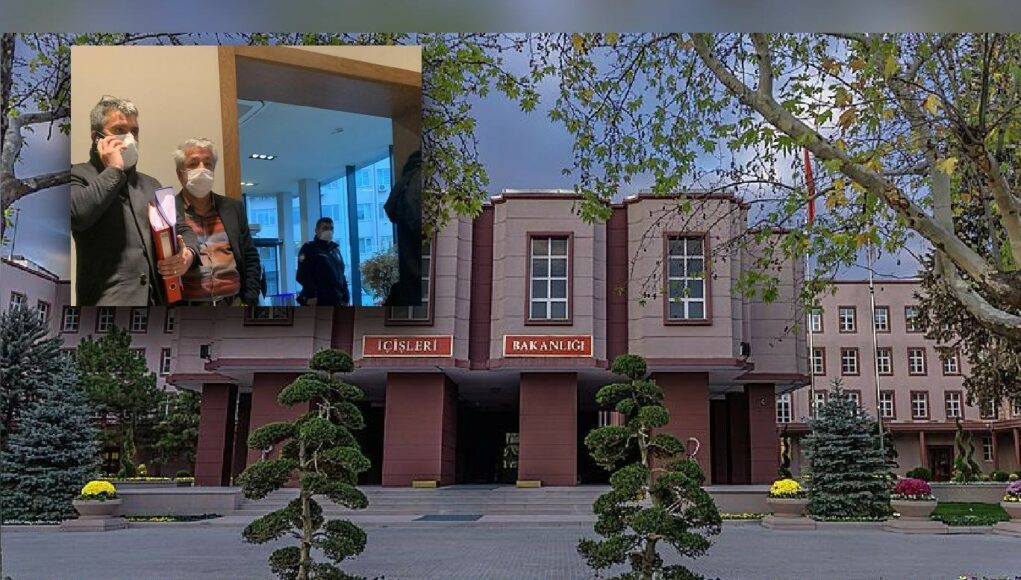 Founders and executives of the pro-Kurdish Human and Freedom Party (PİA), including co-chair Mehmet Kamaç, have been protesting in front of Turkey’s Interior Ministry in Ankara for 10 days because the ministry has been refusing to officially recognize the party for over two years.

In order to officially establish a political party in Turkey, a petition must be submitted to the Interior Ministry. The relevant authorities, then, accept the request and officially recognize the party.

It has been two-and-a-half years since Kamaç and his colleagues decided to form the PİA. However, the Interior Ministry has resisted accepting their requests for official recognition, citing various reasons.

However, the actual reason behind the resistance of the ministry, which is operating under President Recep Tayyip Erdoğan, is concern that the PİA would damage the ruling Justice and Development Party (AKP)’s alliance with the Free Cause Party (HÜDA-PAR), the political arm of the Kurdish Hizbullah.

Founders of the PİA aim to form a political movement that represents peaceful Kurdish Islamists. If they manage to officially establish the PİA, the party might split the votes of HÜDA-PAR, which also seeks the votes of conservative Kurds but promotes radical Islamist ideology.

The PİA founders also have good relations with members of the pro-Kurdish Peoples’ Democratic Party (HDP), the largest party of the Kurdish political movement and the third-largest party in parliament.

The HDP, which is accused by Erdoğan and his ruling AKP of links to the Kurdistan Workers’ Party (PKK) militant group, has been targeted by the president for years. Prominent Kurdish politician Selahattin Demirtaş, who was a co-chairperson of the HDP, has been behind bars since November 2016 on politically motivated charges.

Journalist İrfan Aktan on Monday said in a tweet that the ministry’s refusal to accept the petition submitted to officially establish the PİA reflects the “ideological choice” of the AKP government among Kurdish Islamists.

The PİA founders submitted the first official request through the ministry’s website on May 14, 2018. The petition was not processed for a month. The ministry then sent a notice to the PİA executives, telling them to submit the petition via mail.

Last week police intervened in Kamaç’s attempts to hand the official request documents to officials of the Interior Ministry himself.

In its latest reply to the PİA founders, the ministry told them to change the party bylaw “demanding education in the Kurdish language,” saying it contravenes the Turkish Constitution.

The founding members of PİA started a protest in front of the ministry following the reply, arguing that the ministry doesn’t have the authority to examine party bylaws and therefore has to accept the papers.

During the demonstrations that have been going on for nine days, the ministry banned PİA founding members from entering the building.

Referring to Erdoğan’s recent promises of judicial and economic reform in Turkey, Kamaç last week said in a press statement: “The Constitution is openly violated, they won’t even let us form a party. What [judicial] reform are they talking about?”

Over 30 petitions submitted to the ministry

“Even if this process takes months, we will continue sitting in front of the ministry every single day,” Kamaç said, underlining that they have submitted more than 30 petitions so far while the ministry has persisted in not accepting them.

“Considering that the Turkish government recently allowed other new parties to be formed by people with different ideologies than ours, the ministry’s attitude must be due to our Kurdish-centered political understanding and alliance with the HDP,” the co-chair stated.

“I think they might have perceived us as a threat because of the way we tackle the issue of Kurds and Kurdistan, within the scope of rights, justice and freedoms, and by promoting Islamic values along with values of the modern world. This is no longer an issue of launching a party, but an issue of law and democracy.”