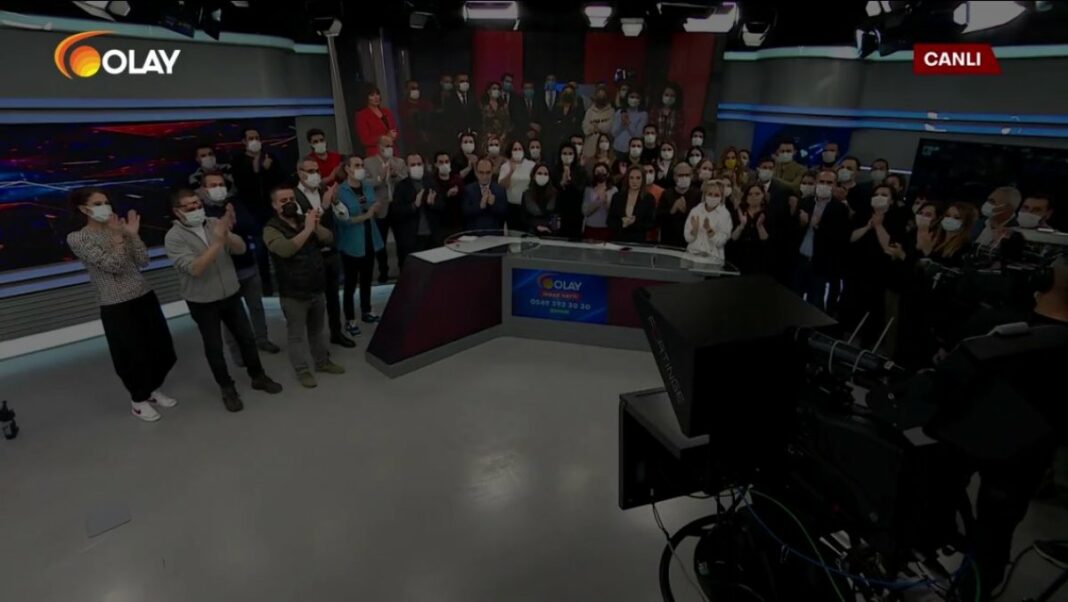 Süleyman Sarılar, the former chief editor of private Turkish television station Olay TV, which was forced to close down due to government pressure last week, only 26 days after it started broadcasting, told the T24 news website on Friday that the main reason for ceasing operations was its coverage of Turkey’s pro-Kurdish Peoples’ Democratic Party (HDP).

Olay TV, which went on the air on Nov. 30 with the slogan “Returning Journalism to its Factory Settings” and closed its doors on Dec. 25, was owned by Turkish businessmen Cavit Çağlar, who formerly served as minister of state responsible for state-owned banks and was also the station’s license holder, and Hüseyin Köksal, who provided the capital to start broadcasting.

Sarılar told T24 on Friday that Olay TV was forced to close down due to increasing government pressure on Çağlar because of their broadcasting an HDP group meeting in its entirety.

The ruling Justice and Development Party (AKP) accuses the HDP of links to the outlawed Kurdistan Workers’ Party (PKK), an armed secessionist group considered a terrorist organization by the United States, Turkey and the European Union despite the party’s denial of any links to terrorism.

Sarılar also shared data on Olay TV’s airtime allocated to each political party, underlining that the ruling AKP led with 766 minutes of live broadcast in 26 days, with the main opposition Republican People’s Party, the far-right Nationalist Movement Party (MHP), opposition İYİ (Good) Party and the HDP having 605, 194, 72 and 51 minutes, respectively.

When asked who was bothered by the channel’s “objective” journalism and the dissident journalists working for the station, Sarılar replied, in reference to President Recep Tayyip Erdoğan: “The person who controls the media. There’s no need for a name, everybody knows who that is.”

Sarılar was also asked if they expected to have to shut down due to their “objective” editorial stance, and he said that although they knew there was going to be some pressure by the government, they never expected to have to close their doors and on such short notice, too.

“But I know it won’t be long before we start broadcasting again [on a different station] because there’s nothing preventing us from doing that. We’re ready in terms of staff, infrastructure and ‘sense of broadcasting.’ We won’t back down from our sense of broadcasting because treating people from different political parties and faiths equally is what we know the best,” he added.

“In countries where democracy is not fully established, those in power, unfortunately, control the media through various methods. Turkey is no different. This is my 37th year in this business. When I look back and compare, I can say that this is Turkey’s worst period in terms of press freedom, and international statistics back up my opinion on this,” Sarılar said.

“Is the the Presidential Communications Directorate responsible for growing censorship and pressure on the media?” HDP lawmaker Dilşat Canbaz Kaya recently asked in a parliamentary question addressed to Vice President Fuat Oktay.

Referring to the question, Turkey’s communications director Fahrettin Altun said it was an honor for him to be targeted by a person from the pro-Kurdish HDP.