Turkey’s unemployment slightly down in September, standing at 12.7 percent 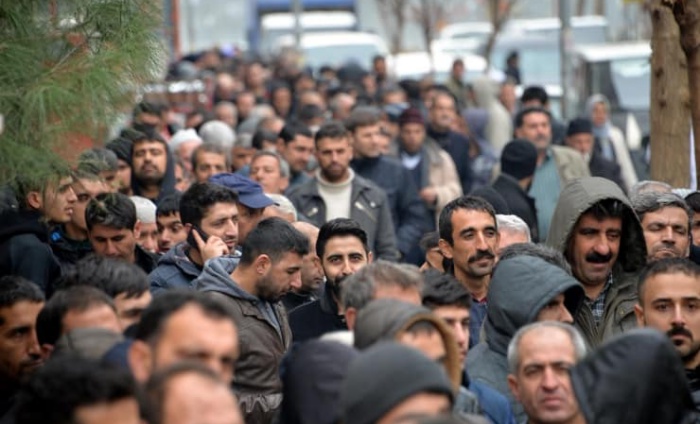 The country’s unemployment rate was 13.2 percent in August.

There were 4 million unemployed people aged 15 and over in the month under review, a decrease of 550,000 compared to September 2019, TurkStat said in a statement.

The employment rate dropped 2 percentage points year-on-year in September to 44.1 percent, which translates into 27.7 million people.

The number of people in the labor force aged 15 and over decreased by 1.3 million year-on-year to 31.7 million in September. The labor force participation rate fell by an annual 3 percentage points to 50.5 percent.

TurkStat does not include people who are not seeking a job in the labor force; thus, millions who are not employed are not considered unemployed.

In the meantime the Confederation of Progressive Trade Unions of Turkey (DİSK-AR) released a statement on Thursday denying the accuracy of the unemployment data announced by TurkStat.